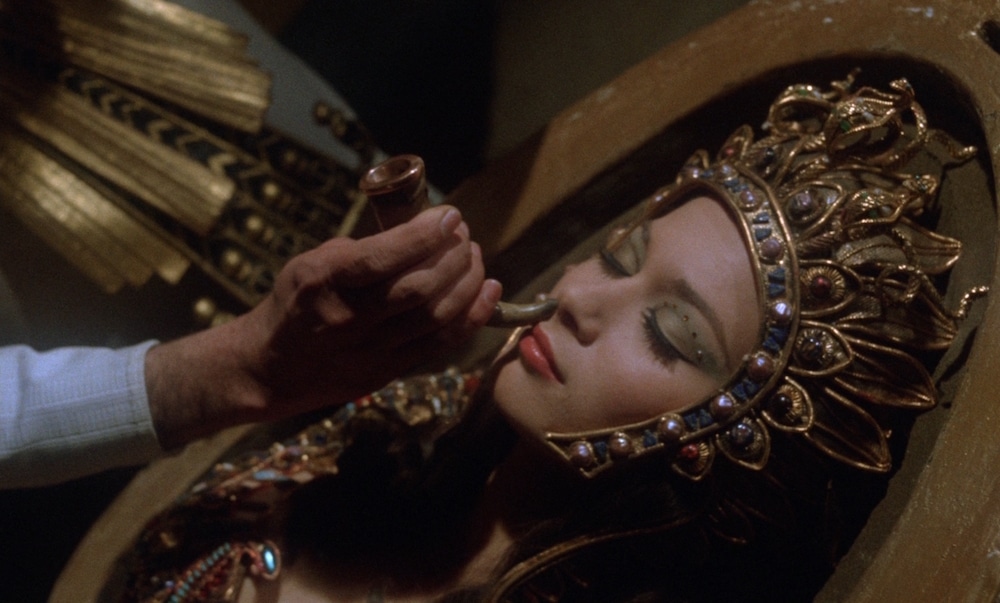 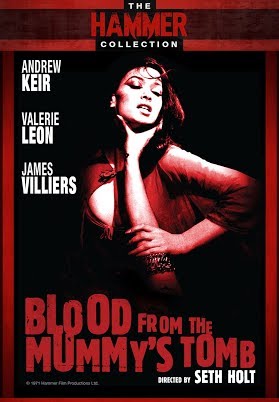 Adapted from Bram Stoker’s mystical thriller The Jewel of the Seven Stars, this supernatural shocker is one of Hammer’s most enduring classics.

A British expedition team in Egypt discovers the ancient sealed tomb of the evil Queen Tera but when one of the archaeologists steals a mysterious ring from the corpse’s severed hand, he unleashes a relentless curse upon his beautiful daughter. Is the voluptuous young woman now a reincarnation of the diabolical sorceress or has the curse of the mummy returned to reveal its horrific revenge?

Blood From The Mummy’s Tomb was plagued by the sudden deaths of director Seth Holt and the wife of original star Peter Cushing, leading to rumours of a real-life curse. Michael Carreras completed the movie that made a Scream Queen of Valerie Leon as the Mummy who, in a titillating twist, forgoes the usual rotting-bandages and is instead resurrected sporting a rather recherché negligée.