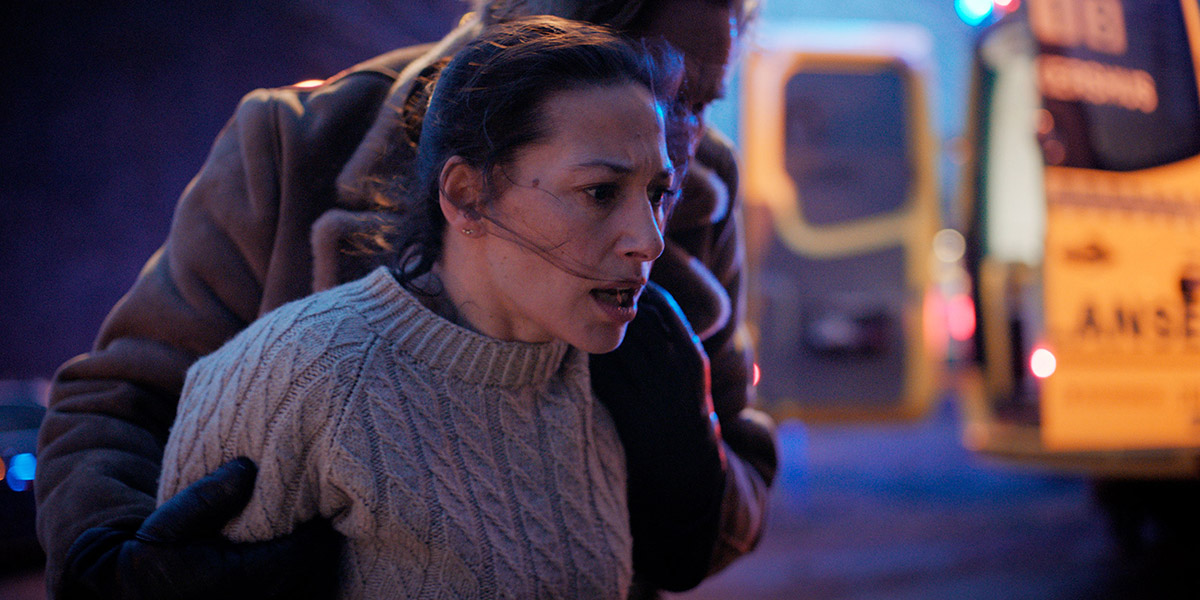 Tuva Novotny’s impressive and unflinching debut documents every parent’s worst nightmare. Shot in two long takes, we witness the suicide attempt of the teenage schoolgirl Thea, and the reactions of her family, as they try to cope with something they cannot understand. The most used phrase returning again and again, is “that Tea was happy”.But when an unexpected catastrophe happens, everything about their life is called into question.

Maria (Pia Tjelta), Anders (Anders Baasmo Christiansen), and their two children — Tea (Nora Mathea Øien) and son Bjorn enjoy a settling and happy life in Oslo. We during an average day playing handball at school, and walking home with her friend Anna (Heyersdale) and greeting her (step)mother Maria (Tjelta) and her little brother Bjorn in their third floor apartment, where she makes herself a sandwich, before writing a short note in her diary. She then jumps out of window.

The second part features Maria – the camera focuses on her grief after finding her unconscious daughter in front of the apartment block. Her father Hasse (Frisch) comes to help her, calling an ambulance which takes her to hospital and the trauma team. The arrival of her biological father Anders (Christiansen) makes everything even more fraught as he is aggressive, insisting on seeing his daughter. We learn from him that Thea’s birth mother Line killed herself and was found by her daughter and father. Martin brings bad news,

The experience of bereavement by parental suicide of children and young teenagers is not well understood, as evidenced by the lack of empirically supported interventions for this underserved sector of the population. All we know is that “there are extra layers of bereavement” for this group. The process of healing is not much helped by the fact that children have an “omnipotent” perspective and feel responsible for the death of the parent. Children under eighteen who suffer parental bereavement are three times more likely to commit suicide as children with living parents. And, for reasons not understood, girls are three times more likely to have traumatic reactions to parental suicide than boys.

DoP Jonas Alarik treats the narrative like a documentary, there is nothing superfluous in his images, particularly the close-ups are impressive, as well as Maria’s ride in the ambulance, when she is trying to understand how his could have happen to her “happy” daughter. Anders might have given a little clue, reporting at the hospital that Thea told him when she was younger “Daddy, when I die. I turn into a lovely flower you can pick and put on to the window sill”. A heart braking study of grief, flawlessly executed by Nowotny.