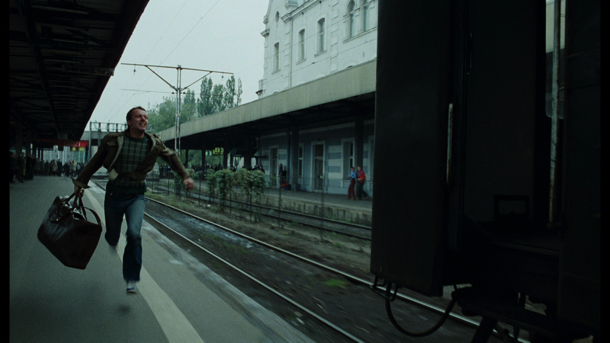 PRZYPADEK (BLIND CHANCE) 1987 | was Krzysztof Kieslowski’s most direct attack on the authorities, produced in 1981, it was shown only “underground” for six years. A sort of Sliding Doors narrative, it is one of the few films that manages to be deeply affecting right from its opening sequence. It tells the story of Witek Dlugosz (Boguslaw Linda), born in 1956 in Posen. His father had participated in the uprising and moved to Lodz, where Witek went to school and started to study medicine. After his father died with the words “you don’t have to do what you don’t want to”, Witek decides to take a gap year, and takes the train to Warsaw. The three endings hinge on whether or not he catches his train. Version one sees him leaving the station, and arriving in Warsaw, where he starts a career as a party functionary. In the second variation, he misses the train, than fights with a railway policeman, and becomes a fervent opponent of the system. In the last version, he again misses the train, but meets a friend from university. The couple get married, and Witek lives a life faraway from strife and politics.

When, at the end, Witek has to fly to Libya for work reasons, he changes his mind at the last minute in a decision that has disastrous consequences. Kieslowski said in an interview that the last scene was proof “that the plane is waiting for all three ‘Witold’s’. All their lives end in the plane. The plane is waiting for him all the time. But, really, the plane is waiting for all of us”. Ironically, when BLIND CHANCE was invited to the Cannes Film Festival in 1987, to be shown “out of competition”, Kieslowski enquired, why the film was not to be shown ‘in competition’. Gilles Jacob, artistic director of the festival, answered in a letter that he feared the film would not be understood by the audience. So Kieslowski cut some political scenes from the film and sent the new copy back with the label “For the French censors” – which failed to change Jacob’s mind. Last year the digitally remastered BLIND CHANCE was shown in the Classics Strand at Salle Debussy during the 67th Cannes Film Festival, proudly introduced by Kieslowski’s daughter.

NOW ON BLURAY VIA ARROW FILMS | EARLY WORKS BY KIESLOWSKI