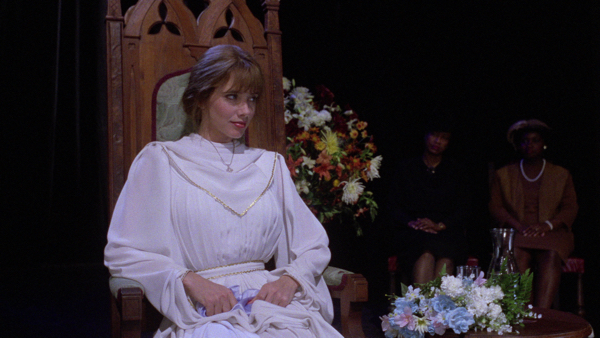 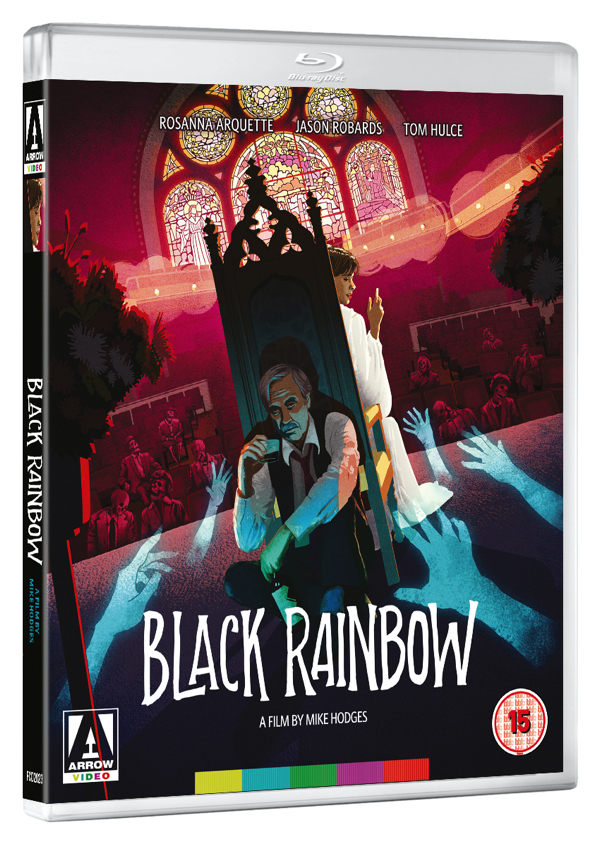 Rosanna Arquette shines as a clairvoyant on tour with her father (Jason Robards) in this supernatural curio from undervalued English director Mike Hodges.

Black Shadow plays out like a thriller but goes in unusual directions and has wit and quirkiness too thanks to a clever script and a charismatic Jason Robards who keeps things tethered to reality with his skeptical view of his daughter Martha’s work, and her flirty encounters with Tom Hulce’s investigative journalist.

The two New Yorkers are travelling through the Southern States bringing solace to the bereaved thanks to Martha’s psychic gift. During a séance she communicates a message from a dead man to his wife in the audience. Shocked, the wife claims her husband wasn’t dead when she left him just a few hours ago. Their journey is full of surprising encounters taking a road less travelled and exposing the deep insecurities of our life here on earth.

There’s plenty to enjoy in a fantasy drama that explores fate and human dynamics with humour and sinister vibes, with some fabulous performances from Robards, and Arquette at the top of her game. MT