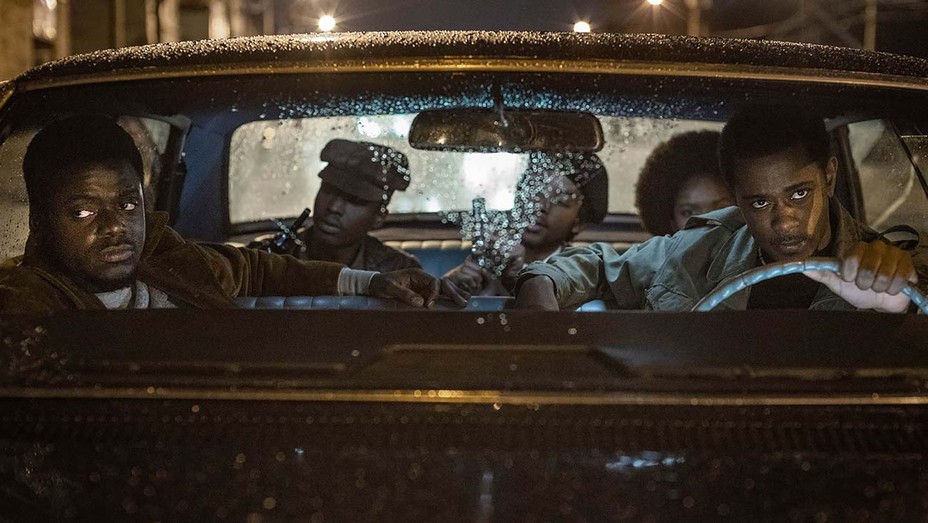 Shaka King certainly knows how to stage a film and this is a splashy widescreen thriller that sums up the mean streets of late Sixties Chicago with its rangy limousines, dudes with flick-knives and a moochy Motown score. Partly narrated, and powered forward by an charismatic performance from Kaluuya the story cuts between the undercover activities of O’Neal after he has been suckered in to being a police informant to avoid serving time for a felony that plays out in the propulsive opening sequences (and again the elaborate postscript), and Hampton’s rise to recognition as his galvanises the civil rights movement.

Martin Sheen gets to play a balding puffy-cheeked FBI boss J Edgar Hoover who gives agent Roy Mitchell (Plemmons) a talking to, suggesting he uses O’Neal rather more creatively to stem the tide of ‘Black empowerment’ as the urgent demands of the FBI start to bite, the incendiary threat of the Black Panthers growing every day more credible.

It’s a shame that the relationship between Hampton and O’Neal remains rather underplayed, along with his frisson between the potent Black Panther supporter Deborah Johnson (a thoughtful turn from Project Power‘s Dominique Fishback), as this could have added further nuance to the tale.

Sean Bobbitt is possibly the undercover star of the show with his masterful camerawork both on the widescreen and in close-up giving this a distinctly retro feeling that captures the volatile atmosphere of Chicago’s counterculture in a year that also experienced the Weathermens’ “Days of Rage”, and other revolutionary groups who were not only opposing the status quo, but also each other, in a time of worldwide unrest.

The film culminates in a bloody showcase showdown and while the Will Berson’s narrative does not always hang together perfectly Judas certainly provides convincing entertainment and worthwhile insight capturing the zeitgeist of another restless time for American. MT