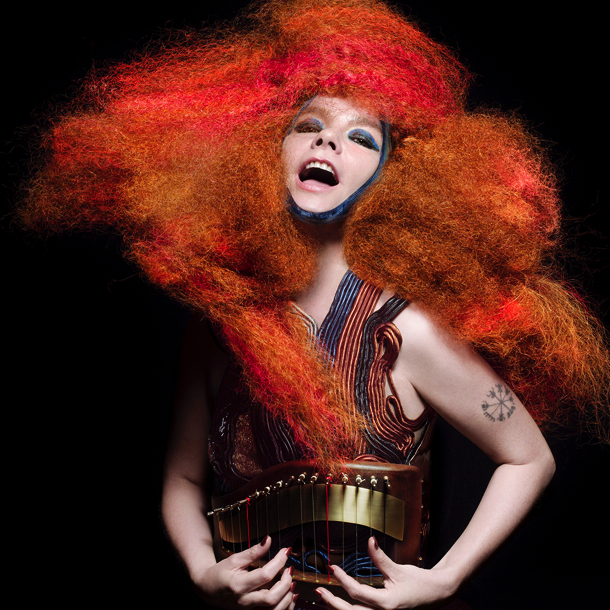 Like most artists, Björk is uncompromising – you have to be, really, to preserve your creative control and vision in a highly competitive market where not only talent, innovation and self-belief are required, but also perseverance and downright doggedness. Björk is a singer who possesses all of these attributes and manages to be exotic and mysterious into the bargain. If her tonally tuneless droning appeals, then you will be there for this biopic in which her unique style is showcased during a concert at Alexandra Palace in 2013, featuring 10 new compositions. Made all the more ethereal and ‘out there’ by her judicious collaboration with Peter Strickland and Nick Fenton whose highly stylised and striking visuals compliment her performance to perfection, this is a vibrant and mesmerising experience: images from nature form the basis of a ‘multidimensional, multimedia’ project: opening with David Attenborough’s mellow voiceover, Björk and her largely girl band is accompanied by a psychedelic array of swirling images from starfish and jellyfish dancing over the sea bed, to lightning, lunar cycles and tectonic shifts. If Björk’s your bag, you’ll love it. MT