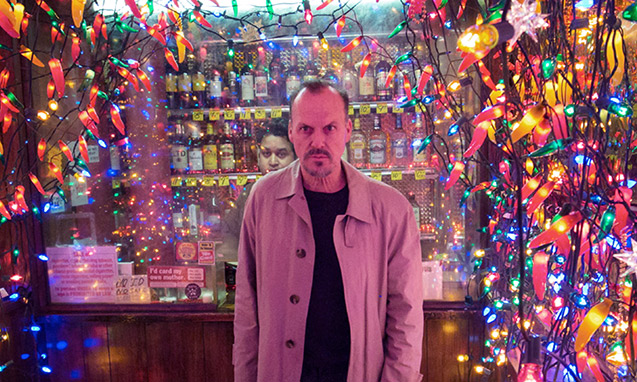 As festivals go, Venice has nailed the opener. After Gravity comes the much hyped Birdman, a breathless, funny, sad, esoteric meta-cinematical work that equals the former’s visual feat, but also an about-turn by director Alejandro González Iñárritu the likes of which has rarely been seen. A return to the limelight comes in Michael Keaton’s great performance as Riggan Thompson, a former star of the superhero Birdman franchise, whose career has faltered into wilderness (comparison to Keaton’s real life are very much intended). He wants to stage a comeback on Broadway to direct and star in his own adaptation of a Raymond Carver short story. But it’s not plain sailing, even for a movie star, as he has to deal with ego-maniacal co-stars, a druggie daughter and disastrous previews. Oh, and he’s haunted by the voice of his Birdman character, and believes he can move things with his mind.

But that doesn’t begin to explain what watching the film is like. Directed to look like one continuous shot alongside Antonio Sánchez’s glorious free jazz score, but set over several weeks (following tricks out of Hitchcock’s Rope, it’s somewhere between the technical mastery of Russian Ark (2002) and the themes and styling of Synecdoche, New York (2008)– but in fact it looks almost like something that’s rarely been seen before. It’s far from Iñárritu’s previous work, which were grim, expansive world-is-connected films, shot with shaky steadycams and quick editing like Amores Perros (2000) and Babel (2006). And what a successful volte-face. 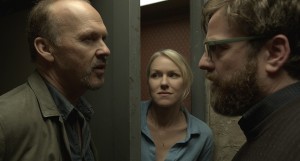 Much of the thanks should go to cinematographer Emmanuel Lubeski, whose redefined 3D in Gravity last year to critics who dismissed stereoscopy as dead on arrival, creating long, dazzling steadycam takes. The first shot is a levitating Michael Keaton, and there are some magic moments – Keaton walking through Times Square in his Y-fronts is just one of many highlights. But perhaps the style’s greatest feature is simplicity, how after a big moment – an argument, a fight, for instance – the film doesn’t cut, change scene, but we find out that rarest of things: what happens in those moments next.

The cast are dynamite together with Edward Norton, Naomi Watts and Zack Galifianakis on top form alongside Emma Stone as Riggan’s dagughter, who delivers a zeitgeisty rant about how Riggan’s play is of little importance in the modern world compared to the 350,000 YouTube visitors that have seen her father in just his underpants. In a way it’s not dissimilar in tone to Truffaut’s Day for Night, also about a dysfunctional troupe of directors and actors. But while that’s about a film set, it struck me how much Birdman is actually one of the great films about the stage, where Broadway’s St James Theatre is as much a character as the players and which reflects the theatre in the film’s very composition – no cuts is, well, like theatre.

It’s also a searing satire of ego-centric thesps, Hollywood and of popular culture, where top actors have been downgraded and are now hired in Hollywood only for superhero flicks (Michael Fassbender and Jeremy Renner are roll called). But also it credibly shows the foolhardiness of putting faith in dreams and the pitfalls of grand artistic pretensions – a hole into which Iñárritu himself fell in the past. Riggan says he went into acting because Raymond Carver gave him a personal note with a good review as a youngster, but, as we soon discover, it was on a bar napkin, meaning the author was presumably (as he often was) drunk. With the film’s subtitle “The Unexpected Virtue of Ignorance“, would knowing that have made Riggan more or less happy, more or less willing to plunge into his art? Perhaps ignorance is bliss. ED FRANKL.