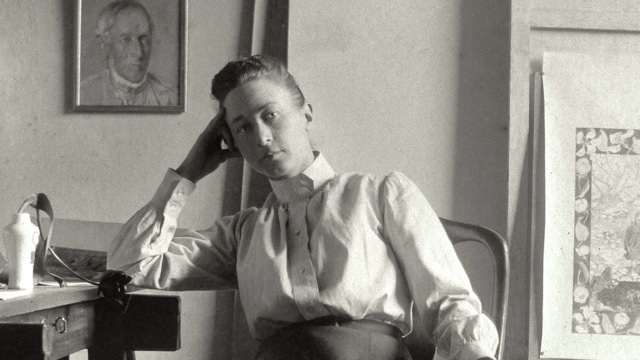 The life of abstract artist and mystic Hilma af Klint (1862-1944) – who purportedly created the first abstract work in 1906 – is the subject of this impressive first feature from German director Halina Dyrschka.

Painted out of art history by male supremacists, it shows how the pioneering Swede was creating colourful visionary works – inspired by her interest in Theosophy – five years before Kandinsky, who is supposed the first in this field – the dubious circumstances of which add a controversial twist to this informative arthouse documentary. 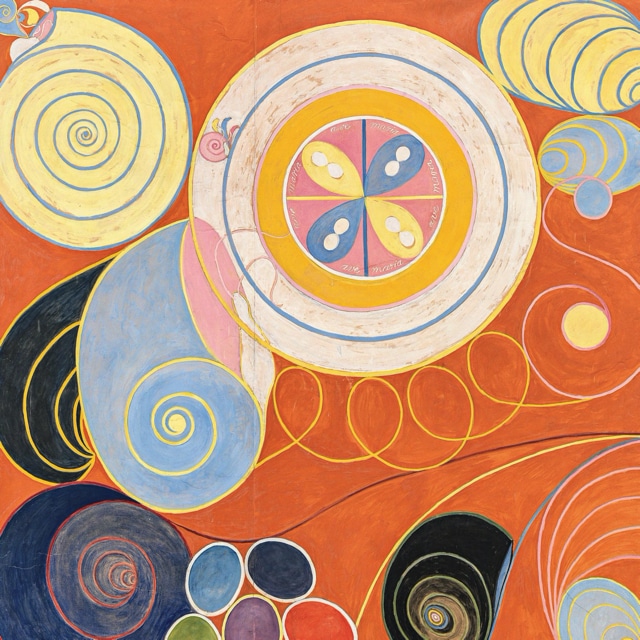 When Hilma af Klint died at the age of nearly eighty-two, she left 1200 paintings and 26 000 pages of diary to her nephew Erik, with the clear proviso that nothing should be sold from a body of work that would only be exhibited twenty years after death, because she felt the world was not ready for her groundbreaking ideas. She was dead right – the first major exhibition had to wait until 2013, the Moderna Museet in Stockholm having refused to take her paintings as a gift from the Hilma af Klint Foundation during the 1970s.

In 1882, at the age of twenty af Klint was admitted to the Royal Academy of Fine Arts in Stockholm, where she set about successfully creating traditional portraits and landscapes earning substantial sums. At the Academy she met Anna Cassel, the first of four women who would join her in the collective The Five (De Fem), the others being Cornelia Cederberg, Sigrid Hedman and Matilda Nilsson. But there was another more spiritual side to her life and she was actively involved in Theosophy, participating in séances, a normal pastime for middle class Avantgarde intellectuals at the turn of the century.

Theosophy was the only spiritual movement which allowed women to be ordained as priests, teaching the oneness of all human beings. Af Klint’s interest in the theories of fellow Theosophist Madame Blavatsky led her to geometrical paintings where: “the pictures were painted directly through me, without any preliminary drawings and with great force. I had no idea what the the paintings were supposed to depict; nevertheless, I worked swiftly and surely, without changing a single brush stroke.”

In 1908 Af Klint met up with her longterm friend Rudolf Steiner, but her abstract work made little impact on the Swiss anthropologist. He would later show her paintings to a fellow Theosophist Kandinsky who claimed his 1910 “Untitled” to be the first ever abstract work ever produced. Nobody will ever know if af Klint’s paintings had influenced  Kandinsky. 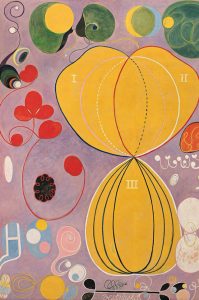 Steiner’s rejection of her work led to a four-year-long creative block for af Klint, lasting until 1912. Her confidence had been battered, but her work on the Temple series carried on and was prodigious, counting 193 paintings divided into sub-series. One theme gave rise to massive canvasses in a series entitled, ‘The Ten Largest” (1907) describing the various stages of life (childhood, youth, adulthood, old age etc).

Clearly af Klint’s work is still an influential creative force over a hundred years after her first foray into the art world. Looking at Warhol’s quartet of Monroe paintings, we find an exact duplicate in af Klints’s oeuvre, showing four identical portraits of an elderly woman. The experts and the film’s Talking Heads agree: Art History has to be re-written to find a place for Hilma af Klint, a courageous woman who only unveiled her abstract talent once during her lifetime: at ‘Friends House’ in London, 1928. AS