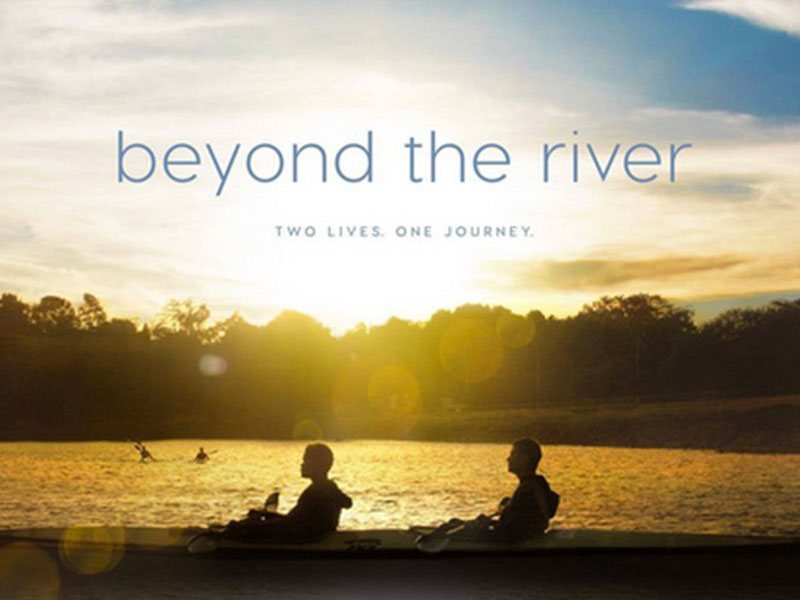 Beyond the River is a conventional real-life sporting feature, with redemption written all over it. Director/co-writer Craig Freimond (Material) doesn’t ignore the social inequalities in today’s South Africa, but his emotional pathos and seductive sentimentalism reduces any realism to a minimum.

Based on the true story of canoeists Siseko Ntondini and Priers Cruickshanks –  played as Duma (Tsipa) and Steve (Swanby) – who won Gold medals in the 2014 Dasi endurance race, Freimond develops a formulaic structure, showing the emotional struggle both men have to overcome. Duma, in his twenties, lives with his family in a dilapidated hut in a black poor, crime-ridden neighbourhood. After the death of his mother, he had to give up on his ambition. Steve is more than ten years older than his partner, and lives in a middle class flat in the capital – but is unhappily married to Annie (Child). We later learn that Steve wa partly responsible for the accidental death of their son, and has since repressed any memory of him, forcing Annie to leave him. The canoe races are a splendid spectacle even though  Freimond uses a great deal of 70s style slow-motion, in keeping with genre rules.

Spectacular visuals save this from being just another humdrum human interest story fuelled by male testosterone and empty gestures. Tsipa and Swanby share a compelling on screen  chemistry and this fuels the rather overblown narrative, Child taking to the role of cheer-leader, like in some 50s boys own feature. Beyond the River just about passes as decent entertainment even though the male heroics feel old-fashioned and repetitive. AS

NOW ON RELEASE AT SELECTION ARTHOUSE CINEMAS from 27 April 2019