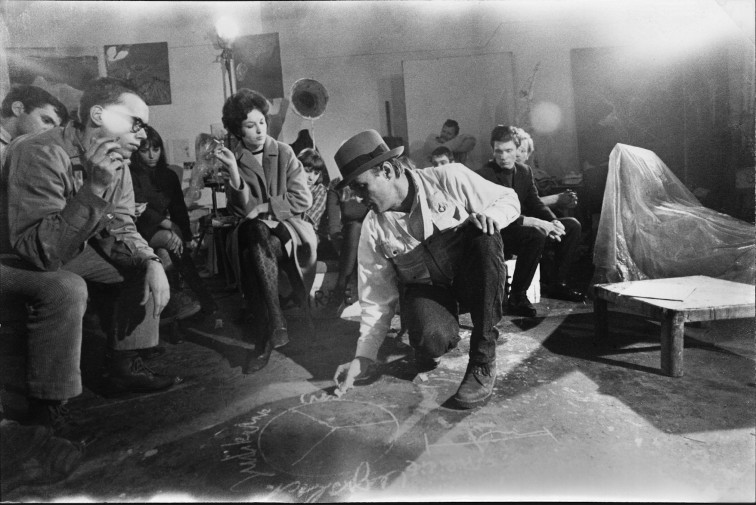 The 12th of May would have been Joseph Beuys’ 100th birthday. To mark the centenary and shed light on the German artist’s legacy The Goethe Institute is offering a free screening of Andreas Veiel’s documentary about the artist.

Beuys attempts to capture the essence of one of Germany’s most famous conceptual artists, blending previously unpublished archive footage and informative interviews with the artist and his friends and collaborators, such as British art curator Caroline Tisdall.

The artist and visionary ‘man with the hat’ was, and still is, ahead of his time – thirty years after his death in 1986. He was the first German artist to be given a solo exhibition at the Guggenheim Museum in New York, while at home his work was often still derided as the ‘most expensive trash of all time’. Once asked if he was indifferent to such comments he retorted: ‘Yes. I want to expand people’s perceptions.’ Beuys also later reveals that his art was ‘a weapon against the enemy’; his felt piano is considered by many to be one of his most accessible pieces. But the most memorable is his dynamic living multi-location sculpture that embodies his Green credentials – 7000 oak trees with stone pillars beside them, creating a constantly evolving art piece that aimed to be an international ‘method of communication’ or ‘Gesamptkunstwerk’ – the Japanese intended to contribute financially to the project, but have sadly failed to do so, as yet.

Andres Veiel lets the artist speak for himself allowing his cheerful, warm charisma to surface, hiding a difficult traditional upbringing in a well to do industrialist background in Cleves, where he was expected to take over the family business. The secret of his hat is revealed to be the result of a war wound while parachuting from his plane. Although he is no longer with us, his expanded concept of art feeds directly into today’s social, political and moral debates. Beuys will be Beuys. MT