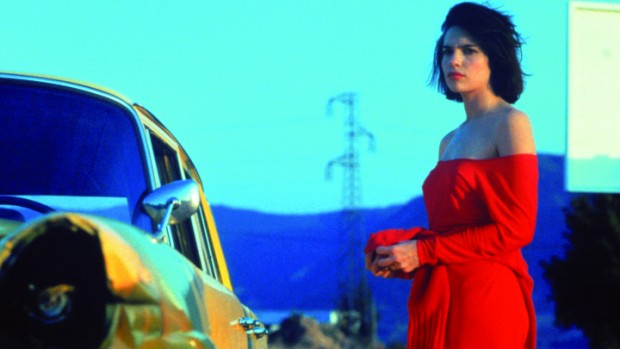 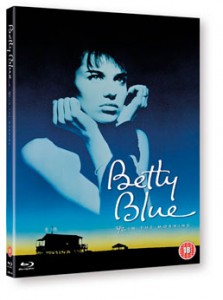 A romantic drama in the true sense of the word, Betty Blue is everything you’d expect a French love story to be: obsessive, sensual and completely off the rails; but deliciously so, transporting you back to holiday romances and torrid summers on the sunbaked beaches of Southern France.  Drenched in its vibrant eighties aesthetic it also epitomises the ‘Cinema du look’ movement that focused on spectacle over narrative, recently re-visited by Leos Carax with Holy Motors (2012).

Essentially a two-hander, Betty Blue has the erotically-charged presence of Jean-Hugues Anglade as Zorg, a wannabe writer and handy man who falls for the earthy charms of mad-cap waitress Betty (Beatrice Dalle), a gap-toothed bundle of unpredictability and effervescent charm.  She’s the type of woman who will burn your house down if thwarted and she does just this to force Zorg from his humdrum existence decorating beach-huts for his creepy boss, Eddy (Gerard Darmon).  Believing in Zorg’s untapped writing talents, she whisks him away to more madness as his muse. It all ends in tears, after an exhausting but worthwhile three hours (here in this director’s cut DVD deluxe edition).  Intoxicating and watchable as long as you suspend your disbelief and buy into its ‘amour fou’ wackiness with a decent glass of vin de pays – this is a feel-good cult classic that will ward off the winter blues. MT

SCREENING AS PART OF BFI LOVE SEASON UNTIL DECEMBER 2015

SECOND SIGHT  brings both the director’s cut and original theatrical version to Blu-ray and DVD for the first time, along with some fantastic bonus material in a stunning two-disc set