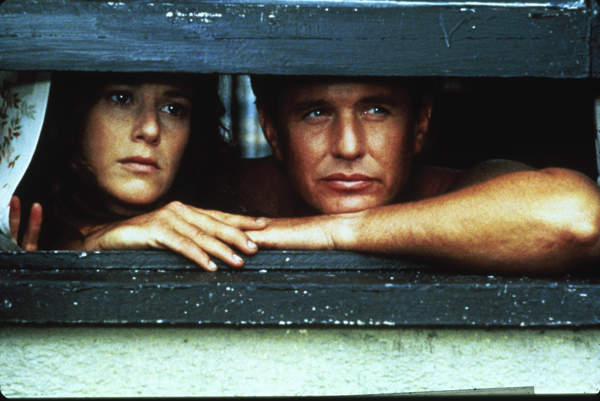 With its universal themes of alienation and racial division, comes a particularly timely re-release that highlights the continuing issues surrounding anti-semitism in the Labour Party thirty years on, and nearly fifty years since the Holocaust.

After the Chicago killing of a controversial radio talk-show host by right wing extremists, FBI agent in the shape of Debra Winger goes is tasked with investigating the prime suspect (Tom Berenger). A thanks to his moves on the dance floor, and tousled haired charm, it doesn’t take long before she is seriously smitten by this outwardly clean living widower despite nagging feelings of doubt.

But it all goes pear-shaped when this appealingly earthy guy takes her on a night time  hunting expedition of a very sinister kind, one involving human beings. Clearly Winger is not impressed but her boss and ex-lover (John Heard) forces her to keep on his trail, one that reveals serious crime involving a white supremacist conspiracy against Jews, blacks and the LGBT crowd in the heartlands of America’s tradition-bound midwest that serves as a thorny counterpoint to her own ambivalent feelings about her new lover. Highly intelligent she may be as a detective, but we are sometime fools for love.

The strength of this thriller is undoubtedly in the performances. Winger and Berenger skilfully navigate Eszterhas’ flawed script, riding over the potholes to make this convincing and often gripping viewing, with its highly corrosive subject matter. MT

On 2 December the BFI will bring Betrayed to Blu-ray for the first time in the UK. Special features include a new audio commentary and audio interviews with Costa-Gavras and Joe Eszterhas.