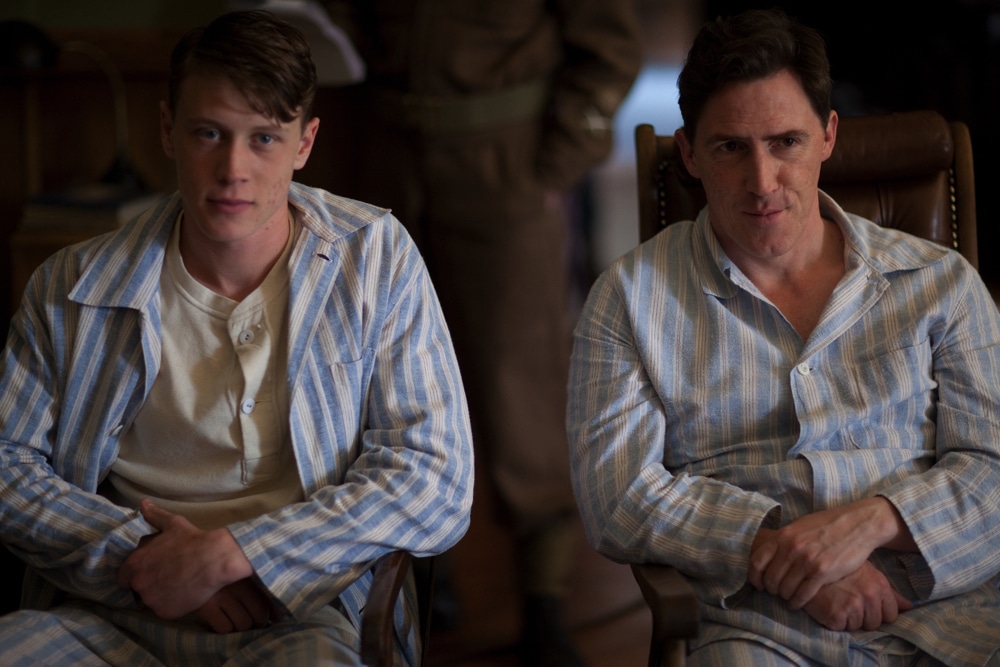 This upbeat crowd-pleaser takes place in leafy Buckinghamshire where the Paraplegic Games first kicked off courtesy of one Ludwig Guttmann (1899-1980), a Jewish neurologist who revolutionised life for injured veterans, after fleeing Nazi Germany at the beginning of the Second World War.

TV Director Tim Whitby and his writer Lucy Gannon are best known for their popular TV series Bramwell and their star-strewn big screen production shows how the pioneering Jewish doctor’s groundbreaking work at Stoke Mandeville Hospital eventually led to him founding the centre’s Para-Olympics, held parallel with the London Olympic Games of 1948. Guttmann also founded the International Medical Society of Paraplegia and was later knighted.

Eddie Marsan plays the good doctor who arrives at Stoke Mandeville where paraplegic soldiers injured in the war effort are more or less being left to die, plagued by bed sores and suicidal with chronic pain. At first the medical staff are totally opposed to Guttmann’s methods with a great deal of tutting from Nurse Carr (Quinn) and Sister Edwards (Cusack) and  pompous resident Doctor Cowan (McCabe) who tries to obstruct the newcomer, there’s even talk of a transfer.

The storyline follows twenty year old William Heat (Mackay) – who we see in happier days with his fiancée – he now wants to die after a prognosis of being confined to a wheelchair. Then there is Wynne ((Brydon), a Welshman who wants a divorce from his wife on the grounds of him not being man enough anymore. With the help of a PE instructor, Guttmann gets the men out of bed – and the rest is history.

The good old British stiff up lip makes light of the sombre topic, Rob Brydon and George McKay are lively and amusing. Guttmann’s fight against the stolid traditions of British bureaucracy has an upbeat feel – but Guttmann doesn’t get an easy ride of it – he too can be difficult at times. The men rise to the occasion with banter and witty repartee. An outing to the local pub underlines the film’s firmly British credentials.  DoP Matt Gray captures the English countryside with roving panorama shots, his interiors are full of inventive angels. Marsan is convincing as the knowledgeable intruder whose solemn bedside manner fails on the empathy front with his British hosts. A tad didactic at times, The Best of Men is a wonderfully entertaining insight into a sporting triumph. AS