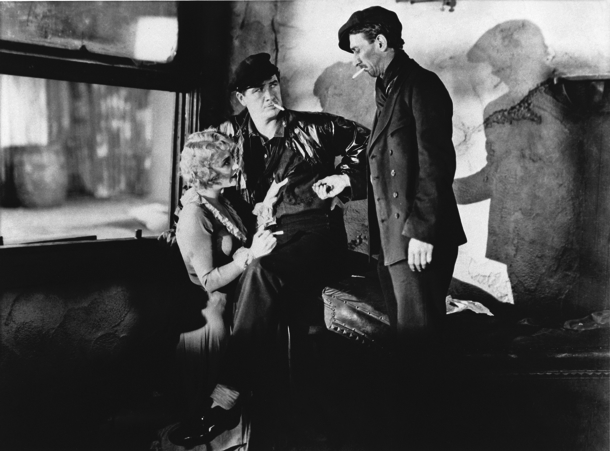 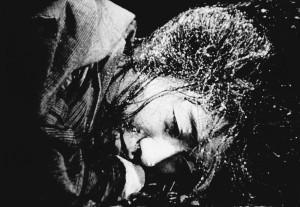 The films of the German Expressionism of the twenties DAS KABINETT DES DR. CALIGARI, 1920), the more classical lightning of the Hollywood productions FLESH OF THE DEVIL, 1926) and the Japanese films, whose camerawork like JUJIRO, 1928, centred around an architectural approach, which later developed into an Japan specific expressionism, have all cross fertilized each other to a high degree. But whilst we might know the directors of these masterpieces, the names of the cameramen who are equally responsible for the cinematographic developments are more or less unknown to a wider public.

In Japan the works of Murnau SUNRISE, and Von Sternberg THE DOCKS OF NEW YORK were very much admired, and in the early twenties, Henry Kotani, a Japanese cameraman living and working in New York was invited home by the Shochiku film studio, to push forward the development of lightning effects and reflections, which had replaced the traditional method of working with natural sunlight in glass house studios, where lightning was absolute even, without any contrasts or shadows. 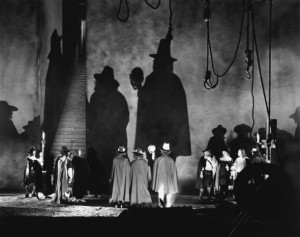 We now can see the results of the collaboration of styles: the films with Douglas Fairbanks MARK  OF ZORRO, THE DAWN PATROL, THE IRON MASK were very much admired in Japan, whilst Kazuo Hasegawa (aka Chojiro Hayashi) was the star of the Japanese action-movies like YUKINOJOS (Verwandlung, 1935). One reason for Hasegawa’s stardom was the way his face was light, showing every emotion in very different contrasts. Unfortunately, during WWII, both sides replaced a greater realism at the expense of expressionism in propaganda films like THE WAR AT SEA FROM HAWAII TO MALAYA (Hawaii mare oki Kaisen, Japan 1942) and AIR FORCE (USA 1943). 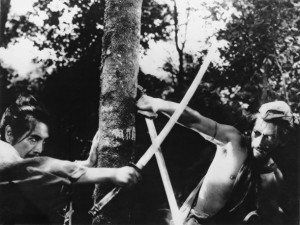 RASHOMON was the winner of the 1951 Golden Lion at the Venice Film Festival. It was the first Japanese film shown commercially in the West. Akira Kurosawa, the director, became world famous, but nobody mentioned his cameraman Kazuo Miyagawa (1908-1999). The film’s most striking element was the lively black and white photograpphy and the sweeping shots. Miyagawa ran several cameras simultaneously to do the plot justice, showing various perspectives. He used a mirror in the dark forest to show the bright light. Miyagawa also shot “Kagemusha” (1980) and “Yojimbo” (1961) for Kurosawa. In his autobiography, Kurosawa, self-centred like most directors, hardly mentions his cameraman, only grudgingly giving some sparing praise.

But Miyagawa’s best known work is UGETSU MONOGATARI, directed by Kenji Mizoguchi in 1953. Based on an 18th century ghost story, it is full of lyrical, haunting images, particularly featuring water shots, where super natural beings emerge from the mist, showing dreamy images, which were very much related to the French school of poetic realism before and after the Second World War. 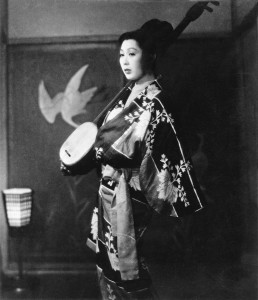 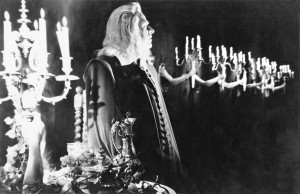 LE QUAI DES BRUMES (Marcel Carne, 1938) and Jean Cocteau’s LA BELLE ET LA BETE (1946) were shot by two of the greatest cameramen in history: Eugen Schüfftan (1893-1977) and Henri Alekan (1909-2001). Schufftan had, like many others from the film industry, emigrated from Germany in 1933 after the Nazis took power. He went first to France, where he collaborated with Carne on the 1937 classic „Drole de Drame“. Later he worked in Hollywood, where he shot among others „The Hustler“ (1961) and „Lilith“ (1964) for Robert Rossen. LE QUAI DE BRUME is set in a dreamy Le Havre, where a deserter (Jean Gabin), on his way to Venzuela, falls in love with a young girl (and a dog). Schufftan’s photography is without any transition from his work at he UFA in Berlin. Henry Alekan who would later shoot so diverse films like “Roman Holiday” (William Whyler, 1953) and Wim Wenders “Wings of Desire” (1987), was imprisoned by the Germans after they invaded France in 1940, but he escaped and formed his own resistance group, whilst working – for the German controlled film industry – at same the time. LA BELLE ET LA BETE is a modern retelling of the classic story, the images in the castle are not only poetic realism, but, thanks to Cocteau – who also was a painter, and therefore open to painting not only with brushes, but with the camera, a credo of the expressionist films – go a step further into magic realism, using trick shots to illustrate the fable with surrealistic elements.