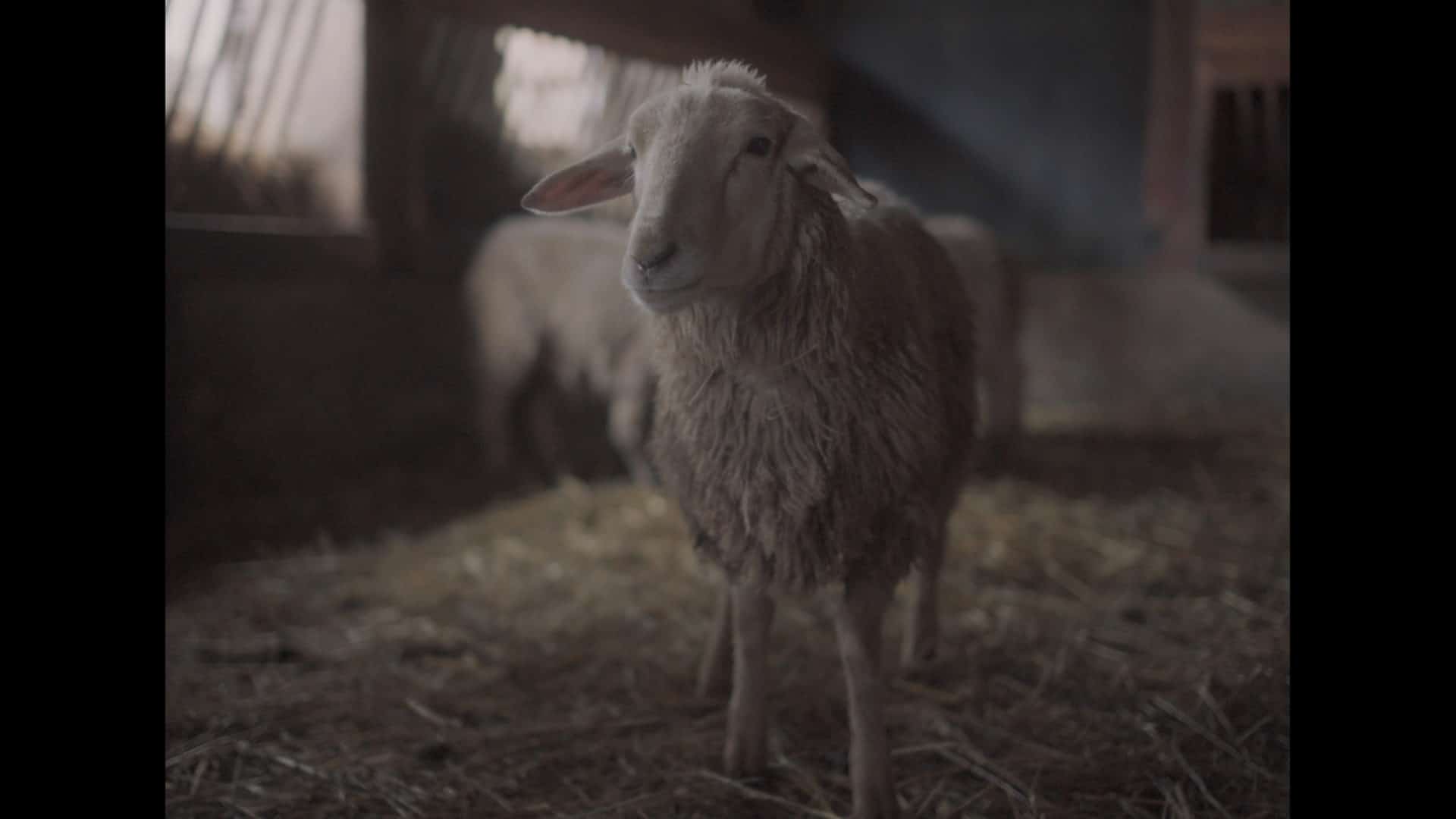 In her first feature documentary filmmaker Katrin Memmer was influenced by Germany sociologist Hartmut Rosa’s concept of ‘resonance’ where the notion of listening and responding to nature makes for a rewarding experience as the pace of life is gradually speeding up without making us any happier or more content.

The focus is Benedikt who has spent his whole life in the German Palatinate forest where he lives off the land. The difference is that Benedikt rarely sees a soul apart from his sheep and bees. From bottling honey to raising his hand-reared stock – the skinning of one is not a moment for animal lovers to relish – the bearded, long-haired farmer is totally alone and self-reliant. Painstaking and backbreaking jobs must be undertaken every moment of the day in the basic and largely non-motorised farm but there is a satisfying rhythm to these repetitive chores all dealt with methodically and single-handedly, and they are captured on Super 8 often in closeup in a delicately washed out colourscape of muted shades of green and beige.

Some jobs are predictable such as jointing a lamb carcass for sale at the market, others more unexpected such as the flame drying the honey combs done with a blow torch, presumably to sanitise them. And although Benedikt has got most tasks down to a fine art you can see how mayhem could suddenly descend without his capable husbandry – and presumably this is where ‘resonance ‘ comes in, particularly where honey harvesting and clipping sheep hooves is concerned. The only time his temper frays and involves a ‘phonecall is when dealing with an awkward tyre which refuses to fit on its wheel.

There’s also something surreal about this cleverly assembled largely wordless haptic exchange where people and animals communicate and interact through the sense of listening and touch. Benedikt is memorable and pleasantly auteurish study of one man’s life amid nature and animals in a modern day homestead throughout the year. MT