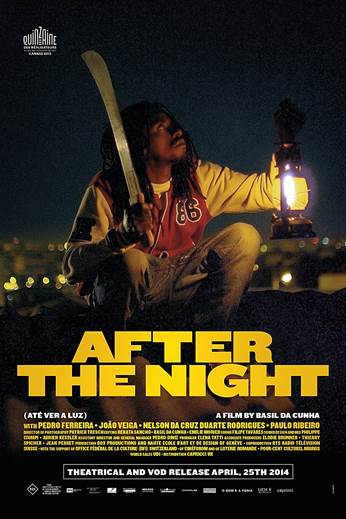 Basil da Cunha spent his early years in Switzerland, later moving to Lisbon where he has written and directed this drama about an ex-con Sombra (Pedro Ferreira) and his battle to escape the debtors.

Casting largely non-professional actors, the action takes place in the seedy backstreets of the capital where vibrant cinematography evokes a strong sense of place, using the hours of darkness to great effect with chiaroscuro contrast.  Sombra emerges a venal figure in gangland Lisbon, but there is nothing to differentiate his story from that of any other European crim.  Da Cunha could have created something really special with his tentative use of magic realism, instead the narrative sticks to well-trodden paths, preferring to re-hash his past work rather than embrace the new and ground-breaking. MT