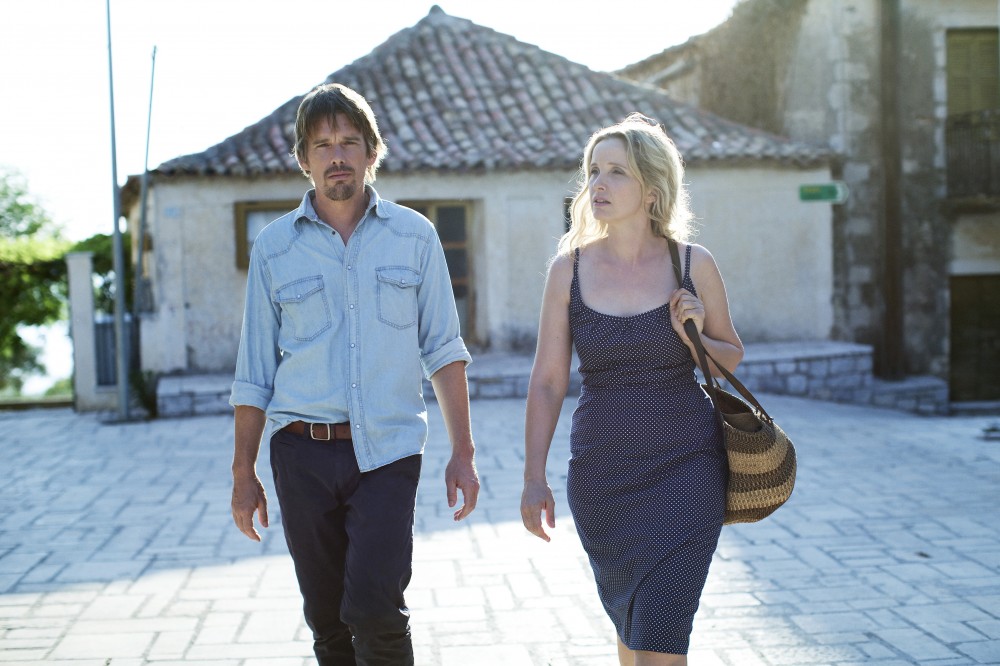 Julie Delphy, Ethan Hawke and Richard Linklater reunite for a third installment of the ‘Before’ series.

Getting older is not a pretty sight or an edifying prospect as we see here in the final film of the ‘Before’ trilogy that started so positively with a one-night stand in Before Sunrise (1995) as Celine and Jesse who ended up as the unmarried parents of twins.

Not only has Delpy’s girth increased but Ethan Hawke is also showing a few extra wrinkles (and over-zealous highlights judging from his appearance at the Berlinale press conference) but they remain convincing in middle age as they did as Spring chickens as those who have followed the saga will appreciate and even share some empathy with them.

Here they are at the end of a Greek holiday that has Jesse seeing his son, Hank, off on a plane to Chicago where he lives with his ex-wife.  The couple share a car journey, bickering the while about the usual concerns that middle-aged people bicker about and on their way to spend the night in a hotel, organised by their friends as a fillip.  Quite why people find this sort of caper entertaining it’s difficult to fathom but one can only assume that there’s a comfort in knowing that, at the end of the day, every couple faces more or less the same trials and tribulations. Linklater’s script, written collaboratively with Delpy and Hawke, nails this with authencity and aplomb and therein lies the appeal along with convincing and well-honed performances from the leads in this sunny, Mediterranean setting.

We’re left wondering whether minor disfunction will continue into old age with the dawning final acceptance that their relationship ‘is what it is’ or whether they will embark on another foray into pastures new in their fifties.  Only time (and financing for a fourth instalment) will tell.  MT