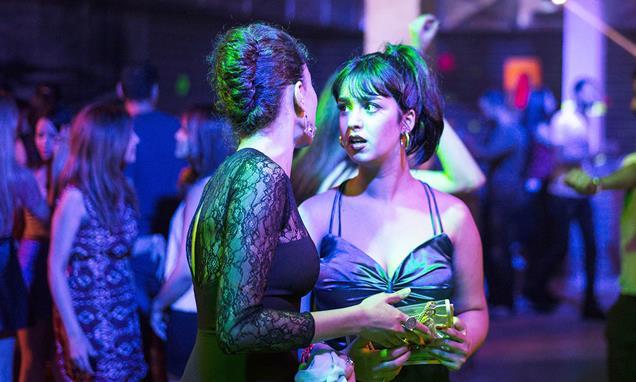 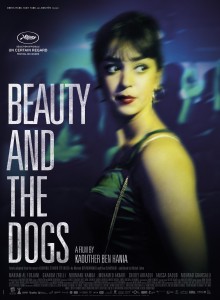 Writer/director Kaouther Ben Hania’s mockumentary The Blade of Tunis raised eyebrows in her home-country of Tunisia. For her first feature she has chosen another provocative theme: police brutality. Based on the novel Coupable d’Avoir eté Violé (2013) by Meriem Ben Mohamed and Ava Djamhidi, her film makes for a harrowing watch, shot in nine single sequences by Johan Holmquist.

Mariam (Al Ferjani) is a student, who goes to a party with her friends, where she is attracted to Yousef (Zrelli)  But the evening is far from romantic. After the pair go to a nearby beach, Mariam is captured and raped by two policeman, whilst a third forces Yousef to go to an ATM and take money out, for not arresting him. But Mariam’s ordeal has only just began and although Yousef supports her, the hostility she meets from hospital staff, both the private and public, is shocking. Doctors refuse to certify Mariam’s injuries, and send her to the police station, fearing conflict with the authorities. There, Mariam is questioned aggressively, called more or less a slut for not wearing a burka, and unfortunately, one of the police officers recognises Yousef as one of the demonstrators during the recent unrest. But worse is to come when Mariam and Yousef turn up at the station of the accused officers’ police station where the young woman is reminded, to “think about the honour of her country” and asked to withdraw her accusations. Yousef, shouting “this entire country is a prison’” is arrested, and Mariam left alone with the officers.

BEAUTY AND THE DOGS is a tour de force of resistance by Mariam, who somehow finds the strength to persevere with her case. The only criticism here is Ben Hania’s failure to reveal what really happens until the final scenes: when Mariam lays on the floor of the police station, watching it all on her mobile. This way, unnecessary tension keeps the audience in suspense and away from the unfolding drama. That said, Ben Hania offers a fearless and spirited story from her native Tunisia. AS