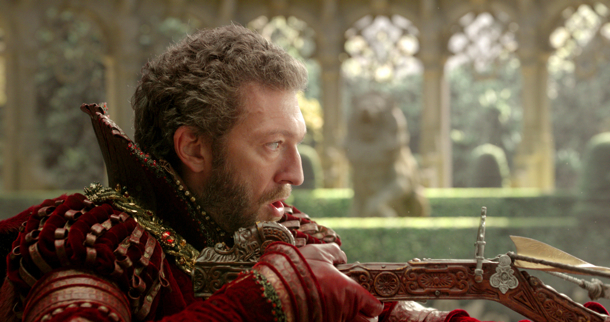 Jean Cocteau’s original was a pioneering piece of magic made when he turned his hand to filmmaking during WWII. With very limited resources, the result was enchanting and eerie. Even with a large budget (and filmed in Babelsberg where Metropolis and The Blue Angel were shot) this latest version of BEAUTY AND THE BEAST doesn’t conjure up the same mystique, but is a lavishly-imagined if over-the-top frolic from Christophe Gans that spans both Renaissance and Napoleonic eras. It has Lea Seydoux as a gentle Belle and Vincent Cassel as her fiercely masculine Beau yet elegantly pathetic Beast – essentially an asshole who turns into a nice guy. Andre Dessollier is magnetically impressive as the kindly father. Because all the leads were versed in mime and method acting the piece really benefits from their acting chops and makes the production a success, if you can overlook the overzealous CGI. Narrative-wise Gans has developed Cocteau’s original here, with co-writer Sandra Vo-Anh adhering faithfully to Jeanne-Marie Leprince de Beaumont’s book to explore the origins of the Prince’s curse and its connections with the forces of nature. The result is more a children’s fairytale than Cocteau’s enchanting and subversive outing but there are some dark moments too. You can compare the two now on international platforms. MT. 111min.