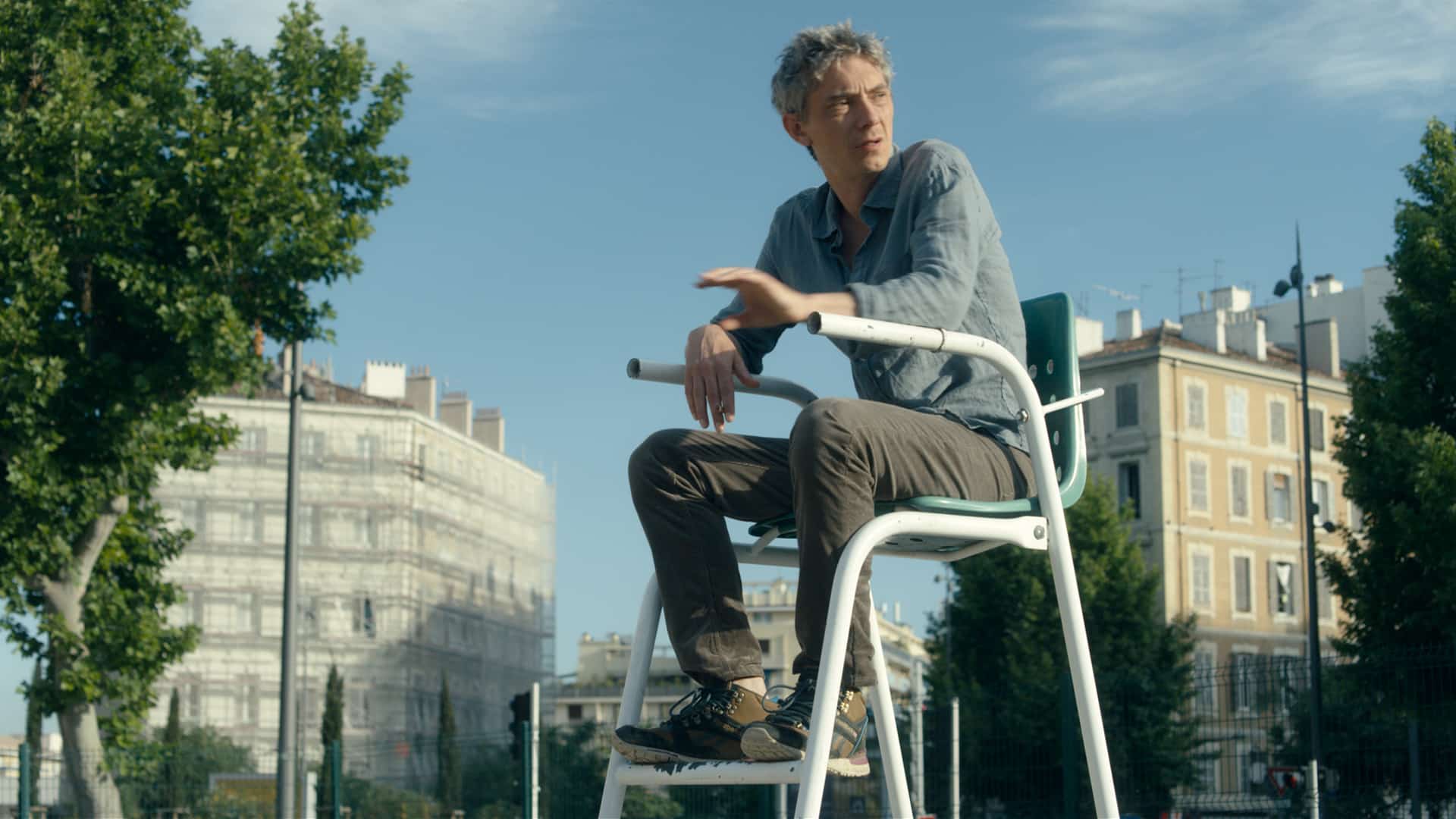 When landscape designers Max and Toma lose out in an urban regeneration competition to breathe new life into a derelict square in a rundown quarter of Marseilles it seems like the end of the road, financially and professional for the duo. Worse still, a child dies playing at the abandoned site.

After years of rejection with similar schemes, Max (Arlaud) is forced to make ends meet doing odd gardening jobs. But his dream lives on in the back of his mind. Grabbing success from the jaws of potential failure he re-pitches the project to one of the competition judges, a successful architect, Paul Moudenc (Ostermann), who had appreciated his radical approach – a flowing community garden in the centre of sunbaked Marseilles.

So Moudenc hires Max to create the landscaping for his latest scheme – a large seaside villa overlooking the Mediterranean for a high-profile footballer client Djibril Cisse (playing himself). Max welcomes the much needed income stream, the competition project having seriously eaten into his financial resources. When his partner Alma (Adler) announces another child is on the way, Max is over the moon. Although freelancer Alma is not so convinced about the late and unexpected pregnancy with her own heavy work load.

Moulenc has generously offered to overlook a much publicised professional ‘faut-pas’ Max had made a decade earlier. The high profile architect also reveals his reasons for rejecting Max’s square scheme claiming the design was too focused on planting alone, and failed to add sufficient amenity value – in the form of an economic boost to the neighbourhood – to warrant council funding.

But hot-headed Max is a flawed hero who lacks foresight and nouse. Obsessed with his failed scheme he refuses to take on board Moudenc’s comments. Rather than embrace the opportunity of making a name for himself by collaborating on a solidly-funded scheme that could create jobs for the working class neighbourhood, redress his own professional profile, and help his family finances, Max makes an ethical misjudgement and forges ahead, behind Moudenc’s back, to re-pitch his idea directly to Djibril, hoping the ‘public-spirited’ footballer will help on the grounds of ‘giving back something’ to an area of his upbringing.

French director Philippe Petit takes an original idea and creates a plausible, socially relevant and good-looking drama, an edgy occasional score hinting at dark clouds looming on the horizon. Written in collaboration with Marcia Romano, Laurette Polmanss and Mathieu Robin, The Sun Beats Down premieres during during Critics’ Week at the Venice Film Festival 2022.