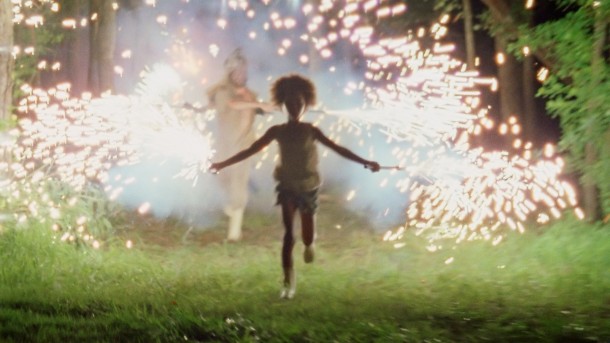 In a remote part of the Bayou cut off by time and tide lives Hushpuppy a tiny Southern Belle..except her ‘big hair’ is a thatch of Afro curls and on her feet are dirty wellies.  All cute and petulant, she clambers amongst the rubbish dumps and make-shift dwellings called the Bathtub, tending her garden of driftwood and her baby farmyard animals in a place where fantasy and reality seem to co-exist in a bubble.

You’re going to fall in love with her: she’s an adorable kid who doesn’t need to act; she just plays herself. her daddy Wink, a loose-limbed masculine dude who doesn’t seem to give a damn about the authorities or the tropical storms is well played by Dwight Henry. Theirs is a love hate relationship bound by blood ties and the memory of a mum who is deeply missed. The local community of lushes and lost souls is a strong and resilient one borne out of self-sufficiency: suffering but proud and resistant to chance threatened by the guys on the mainland who think they know better. Hushpuppy is played by local school girl Quvenzhane Wallis and her dad is Dwight Henry another non-actor. Based on a play by Lucy Alibar who wrote the screenplay with young director Benh Zeitlin this film is nothing short of magical. Gorgeous visuals and its imaginative setting also make a winner. It took the Sutherland prize at London zfilm Festival 2012. MT 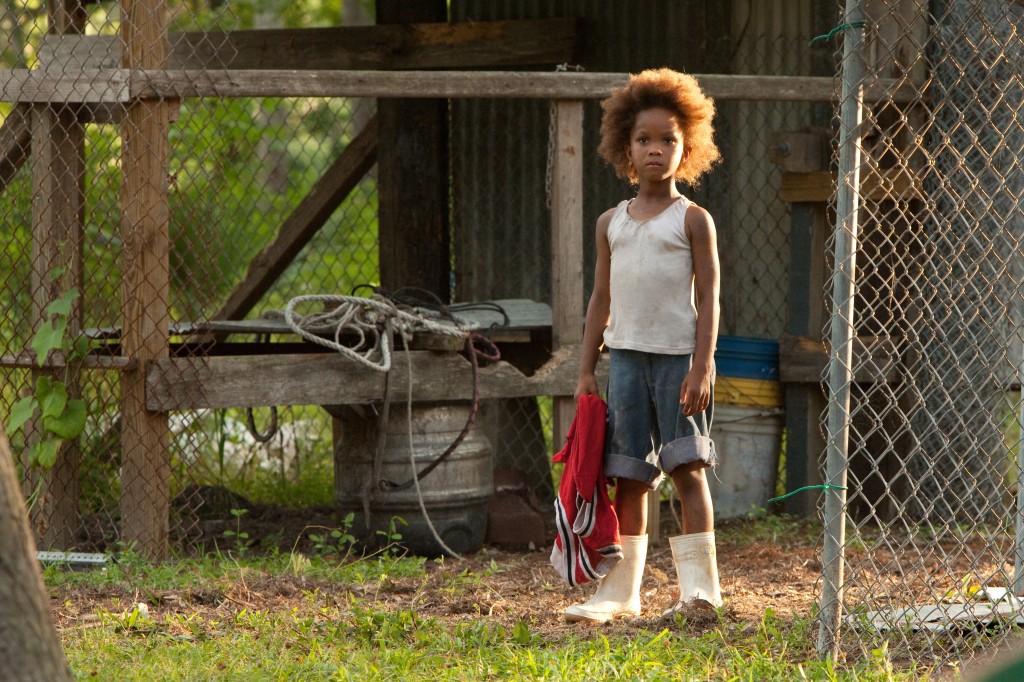 On General release from 19th October 2012 at Everyman, Tricycle and Curzon cinemas.