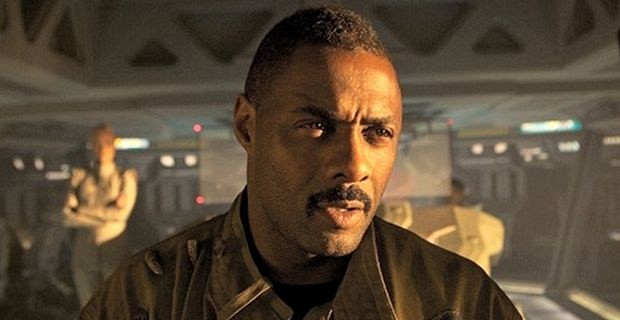 Elba plays Sean Briar, tasked with investigating a lethal terrorist conspiracy set to unfurl during the annual French festivities. Going agains his orders, Briar recruits Michael Mason (Richard Madden) for his expert pickpocketing skills to help quickly track down the source of the corruption. But he soon realizes that Mason is just a pawn in a much bigger game and is also his best asset to uncover the large-scale operation.  As a 24hr thrill ride ensues, the unlikely duo discover they are targets and must rely upon each other in order to take down a common enemy.

Rocking an authentic American accent Elba inspires confidence as the butch FBI operative, deemed “reckless” by his bosses, but using this to his advantage as he punches forward in a situation that demands an off-piste style of detective work; very much in the same mould as his character in TV series Luther.

And he is a busy man. Apart from co-composing the film’s theme which he also sings (!), he finds himself pitting his wits against Madden’s unlikely crook: a performance that fails to impress along with that of his vapid love interest Charlotte Le Bon (The Walk), who falls victim to his rapacious skills and also gets caught in the firing line as an unwitting bomb mule.

Despite its low budget credentials BASTILLE DAY gets out and about with Tim Maurice-Jones’ uplifting panoramic vistas of the French capital and an ambitious opening sequence that manages to meld London into the mix with surprising aplomb.

Scriptwise too, this is a well-written affair with a twisty plot echoing 36, Quai des Orfevres and sadly recalling the recent tragic Bataclan Paris attacks (out of respect, the film’s release was  delayed). Weakest in its characterisation of Mason and his female sidekick (Le Bon), who are dwarfed by the powerful presence of Elba, BASTILLE DAY is still fun and entertaining with some dry-edged humour that carries it through to a cracking finale. MT