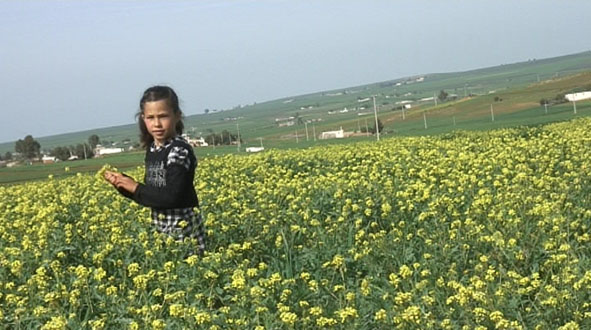 When Rabha El Haimer was fourteen years old, she was forced into a marriage with her mother’s distant cousin. He raped her, beat her and eventually threw her out when she was pregnant with a daughter. Later Rabha, who is illiterate, discovered that her daughter Salma had no rights, since she herself had no official wedding, only a “Fatha” ceremony, which is common in rural communities. This meant that her daughter could not visit a school, one of many disadvantages of children born out of wedlock as regulated in the “Mudawana” code, an Islamic law which governs marriage and child custody among others. This law was reformed in 2004 by the Moroccan government, giving women more rights and gender equality.

With the help of social workers from “L’Association Solidarite Femine”, Rabha, who now lives with her daughter in the slums of Casablanca, went to court in Agadir to have her marriage acknowledged legally, so as to gain a birth certificate for her daughter. Her husband, a violent and duplicitous man (who has re-married), refuses to confirm marriage and fatherhood, claiming that Rabha was a whore who ran away. In a lengthy process, Rabha finally gains victory and a birth certificate for her daughter.

BASTARDS avoids being a hard-luck story. Whilst the process is slow and torturous, Rabha finally gains civil rights and a chance of education for her daughter, which were denied to her. In the final scene, when Salma is dancing the magnificent foyer of the court building in Agadir like a little princess, one is overwhelmed by the joyful emotions. But the social reality of Rabha’s life leaves an ambivalent feeling: she has to work from two to midnight in a restaurant, having to lock in her daughter, amidst fears that Salma might be abducted.

And not all the cases of “L’Association Solidarite Femine” end in triumph: there is a mistress of a rich man, who fights in vain for child maintenance and a young student cannot obtain a job he is qualified for, because he was born out of wedlock. Centuries of prejudice and ignorance cannot be overturned by a progressive law, even though Morocco’s role as a progressive force regarding human rights in the Islamic world should not be underestimated.

The film maker traces Rabha’s battle with the system meticulously, but the many journeys between the countryside, where her daughter lived with her parents during parts of the court case, Casablanca and Agadir are too repetitive in the end, giving the impression that the director tried too hard to achieve a ninety minute format. But fact and messages are strong enough, and do not need this effort: the emotional impact is this way rather diluted than enhanced. AS