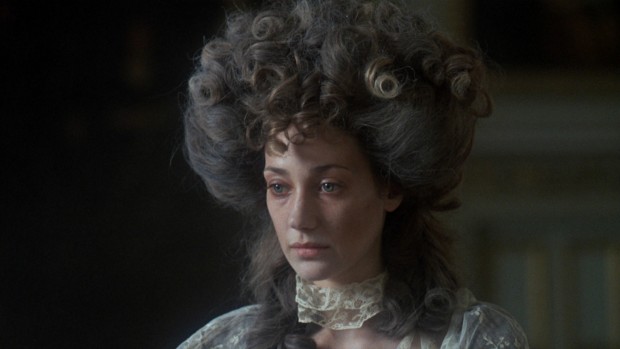 BARRY LYNDON is certainly Stanley Kubrick’s most underrated film. A UK and US production, it was shot in 1975 after a trio of international sensations: Dr Strangelove (1964), 2001: A Space Odyssey (1968) and A Clockwork Orange (1971) it received indifferent reviews on its release (possibly due to Irish sympathies, Kubrick received death threats from the IRA) but has since grown to become one of the most lauded historical dramas.

Based on William Makepeace Thakeray’s 1844 rags to riches story about a feckless Irish adventurer (Redmond Barry) who lacks integrity or judgement who nevertheless enjoys an illustrious and eventful career before ending life with nothing to show for himself but tragedy. Barry Lyndon’s emotional lassitude is possibly key to his popularity as an appealing antihero who we initially admire but eventually grow to dislike, and provides Kubrick with the requisite unhappy ending for his ambivalent but colourful character. And although he remains detached and emotionally distant from his protagonist, the film exudes a sweeping romanticism that makes it all the more effective as a tragedy. Kubrick’s trademark attention to detail, exquisite framing, narrative rigour, musical choices and peerless performances, elicited from an eclectic international cast, all go to make this film an enduring masterpiece that can be revisited and savoured time and time again.

After losing his childhood sweetheart to a wealthy English soldier (Leonard Rossiter in one of his most idiosyncratic turns), Barry leaves home and becomes a British deserter in the Seven Years’ War, soon switching sides to become a Prussian conscript, and then an itinerant gambler thanks to his suave Irish mentor, the dapper Chevalier du Balibari (a resonant Patrick Magee). The mood turns more sombre in the second half of the film that explores Barry’s attempts unsuccessfully to become an aristocrat, via the vicarious ambitions of his mother (a wonderfully crafty Marie Keen) through his marriage to the elegant Lady Honoria Lyndon (Marisa Berenson in a performance of discrete charm) but his insensitivity and lack of judgement eventually make his wife and stepson despise him and he is disdained by their friends and courtiers before he ends his days in a comparative squalor.

Made all the more enjoyable by Michael Hordern’s sonorious but mellow narration, the tone is sober throughout the 183 minutes and Ryan O’Neal brings a brooding often mournful intensity to his role as a self-seeking empty vessel who acts but never feels: his only love is for his young son Brian, but even as a parent he is morally loose and indisciplined. Marisa Berenson triumphs in a portrait of poignant and elegant disappointment as she goes from a respectable but sexless marriage à la mode (to Frank Middlemass’ crusty but amiably appealing Lord Lyndon) to one where she is completely demeaned after her brief love affair with Barry.

Murray Melvin and Philip Stone (the only actor to appear in all of Kubrick’s films) are memorable as the Lyndons’ advisors  and Leon Vitali manages to play the part of a pasty-faced but well-intentioned Lord Bullingdon without losing credibility. The film won four Oscars, most notably for John Alcott who used the well-known NASA lens (f/0.7) to convey the glowing candlelit scenes and those that ethereally capture the lushly rolling England landscapes with a soft incandescence. BARRY LYNDON can be a simple story or a highly complex study of psychopathy and social history: whichever you desire. Relax and be enveloped by 19th century life, as the slow movement of Franz Schubert’s Piano Trio in E-flat major and Handel’s sinister Sarabande in D Minor gently sears itself into your memory for the rest of time. MT