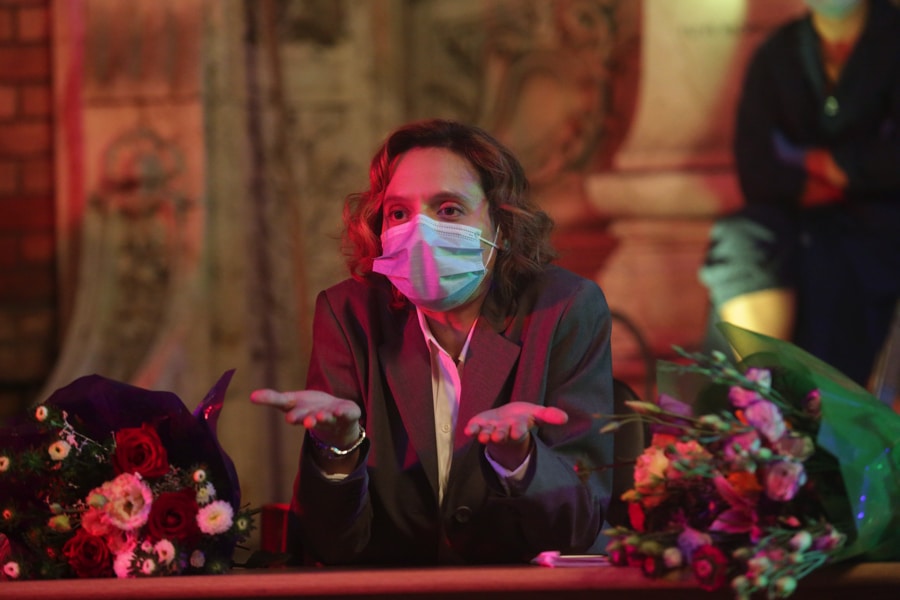 The moral of Radu Jude’s latest film is simple: don’t put anything incriminating on film. But Bad Luck Banging addresses far wider concerns that its title suggests: hypocrisy, misogyny, tyranny, racism and of course sex are the elements of this intoxicating, indigestible cocktail – you may even feel sick by the end. If not, you’ll be left with a real mouthful to chew over. This thematically thorny Golden Bear winner is not for the timid, and unfolds in three distinct parts.

Known for his unbridled dramas, snide social satires and several sombre documentaries, the Romanian provocateur delivers a mordant social satire laced with his usual brand of dark and irreverent humour and set in a crumbling Bucharest. Jude describes his treatise as a sketchbook, a work in progress, an unedited collage of ideas. It’s demanding, aggressive and visually stimulating – and opens, appropriately, with a bout of raunchy sex, between school teacher Emi and her partner Eugen.

The third act takes us back to Emi who must now face the music in a socially distanced kangaroo court of teachers, religious officials, random citizens, and a man in an unfeasibly large teacosy, who all watch the tape – some quite attentively (especially the males) before holding forth with their vehement views in raucous and melodramatic debate on the rights and wrongs of Emi’s behaviour, working up to the film’s over-excited finale. This is an exhausting film to watch, but one that presents Romanian society as intelligent, fervent in its beliefs and proud to stand by them. And although we never really get to know – or even like – Emi as a woman, she serves the narrative as a fearless self-determining female of the future who refuses to take things lying down. MT