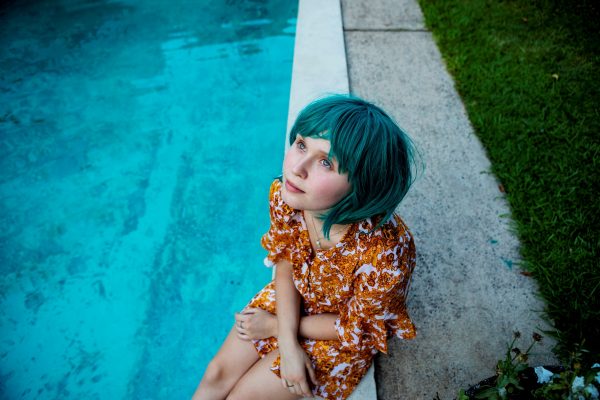 Adapted for the screen by Rita Kainejais, based on her own play, it sees sixteen year old Milla (Scanien) dying of cancer. Her psychiatrist father Henry (Ben Mendelsohn) and psychotherapist mother Anna (Davis) are finding it hard to cope despite their professional training but they also have their own demons to deal with. Henry neglects his clients, seeking  diversion by helping pregnant neighbour Toby (Emily Barklay) with the household tasks. Enter Moses, a small-time crook in his mid-twenties, who nearly pushes Milla under a train. She falls for him all the same, and her bewildered parents put up with the relationship to make her final months bearable. Moses finally moves in and Henry supplies morphine to his daughter and her boyfriend. Anna is the most interesting character and Davis plays her with subtlety: a talented middle-aged musician whose sexual urges are not always satisfied by her husband, despite their fondness for one another and the impending crisis.

Babyteeth is a beautifully performed four-hander – but Murphy never really finds the right blend of calmness and flippancy to make the drama work as a convincing piece of cinema. But these faults are the faults of inexperience and Andrew Commis’ images are a striking firework of colours, underlining the chaotic storyline. Scanien is a tour de force, bringing both vulnerability and power to her role. Comparisons with Jane Champion’s early films are wide of the mark – but there is always hope for this promising new filmmaker. AS