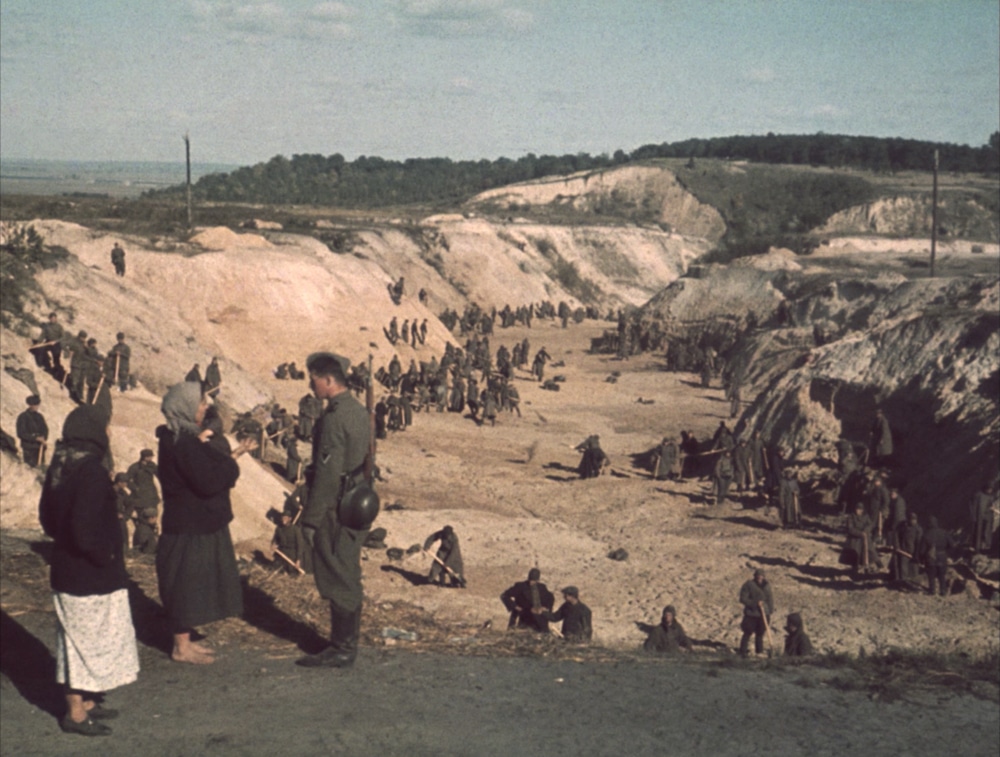 History comes back to haunt us in this recent documentary from Ukraine’s Sergei Loznitsa. It reconstructs the events leading up to the massacre of over 30,000 Jews in German-occupied Kyiv in September 1941, and the aftermath of the tragedy and other genocides committed by the German Army, Gestapo and SS soldiers during the occupation of  Ukraine between 1941 and 1943. The prolific Ukrainian documentarian also mentions the collaboration of the huge majority of Ukrainian citizens in the crimes. His aim is to “plunge the viewer into the atmosphere of the time”.

After the invasion of Soviet Ukraine by German in June 1941, the vast majority of Ukrainians actually supported the invaders. Banners were put up, proclaiming “Glory for Hitler and Melinek”. In Lviv (formerly Lemberg), Ukrainian Auxiliary Forces helped to round up Jewish citizens of the city on 1st of July. The Jews were accused of collaboration with Soviet Forces and the Secret Police of the NKDW. A month later, the population greeted Hans Frank, the General Governor of Poland, to celebrate the incorporation of Galicia into the German controlled governance with Poland.

Hitler salutes of the Ukrainians, coming across as entirely genuine, and the women dance enthusiastically in their traditional costumes. Ukrainian men parade on horses, and the women offer up their flowery tributes to the Nazi leader. Banners again proclaim “Long Live Adolf Hitler the Leader of the German people”. Flags with the Nazi Party symbol are put on trams, so are photos of Hitler, proclaiming him the Liberator of ‘the Ukraine’.

On Monday, 24th of June 1941, all Jews in Kyiv are ordered to gather at 8 am at the corner of Melnikova and Dokterivska Street, bringing their valuables and warm clothing. The proclamation is stark: “all Jews not obeying will be shot immediately.” “Citizens breaking into Jews’ homes will be shot”. On September 29/30 the ‘Sonderkommando 4a of the ‘Einsatzgruppe C, assisted by two battalions of the Police Regiment South and the Ukrainian Auxiliary Police – without any resistance from the local population – shoot 33, 771 Jews in a ravine in north-west Kyiv. The local press celebrates the massacre, talking to about 150 000 Jews who have left the capital, so that hour by hour, life in the city can revert to normal: “Kyiv is liberated from oriental barbarians, finally a new life begins.” The Jews of Lubny, Poltava, Kharkov, Kremchug, Borispol and Lugotin among others, will follow. Vasily Grosman talks mournfully about the centuries of Ukrainians and Jews living peaceful together. 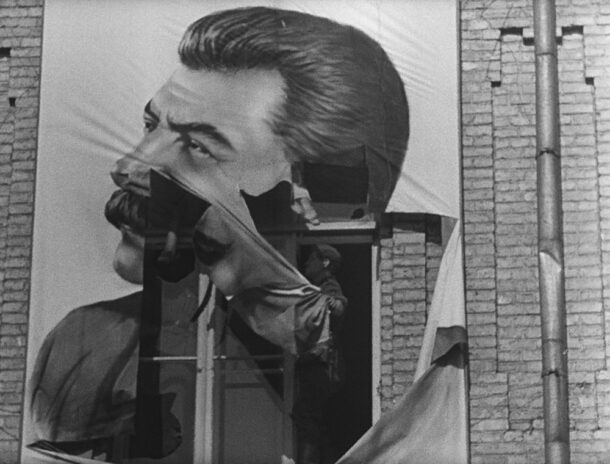 In November 1943 Soviet troops re-take Kiyv, not many turn out to greet the liberators. Courts hear cases of genocide, one is simply called Nr. 1679. One of the accused is SS man Hans Isenmann, his military rank would be Sergeant. He goes into details of the murders as if describing a sporting event, in which he played a winning part. “I had to round up and shoot Jews. We divided them into groups of seventy to ninety, then later into smaller groups with six men to be shot, and six to be guarded. In the end, 45 to 50 were led to the ravine. We used one machine gun, two sub-machine guns and rifles. I shot with the sub-machine gun of Unterscharführer Rennert and killed 120 Jews. The valuables of the Jews were collected by Special Commandos, but I do not know what happened afterwards.”

Witness Dina Pronicheva, an actress, told of her narrow escape – so many things had to go according to plan for her to be able to serve as a witness. She lied to a Ukrainian policeman, so she would not be shot immediately, but could sit with a group of women near the massacres, hoping to escape in the evening. But a German commando picked up the whole group, and led them to the ravine to be shot. Pronicheva jumped at the right moment and landed on the pile of corpses. Then the Germans scattered soil over the dead, and Pronicheva nearly suffocated. The Germans, wanting to keep the massacre ‘under wraps’, sent a commando unit down into the ravine to kill off the few who were still breathing. One of the SS men stood on Pronicheva’s chest and arm, the nails in his boots piercing her skin. By now it was dark, and she managed to crawl out from under the rotting corpses, the Germans had gone and she fled into the night.

On February 2nd 1946, thirteen men were hanged publicly on Kyiv”s Kalinin Square. Among them was Hans Isenmann. About 1.4. million Jews were murdered in Ukraine; even now new mass graves continue to surface. The ravine of Babi Yar is now a reservoir for liquid industrial waste.

Loznitsa’s impressive ‘Trauerarbeit’ seems even more relevant at a time when some want to re-write history and emerge as the sole victims in today’s new conflict. But like in the case of the Baltic States, mass graves do not lie.

BABI YAR. CONTEXT is Loznitsa’s 7th film presented in the Official Selection of the Festival de Cannes. Loznitsa decribes his feature as “a film about our past, it’s about our present and, possibly, about our future.” Sadly his words have come true. AS

Produced with the support of the BABYN YAR HOLOCAUST MEMORIAL FOUNDATION. The film screened in the Séance Spéciale strand of the 74th edition of Cannes Film Festival.