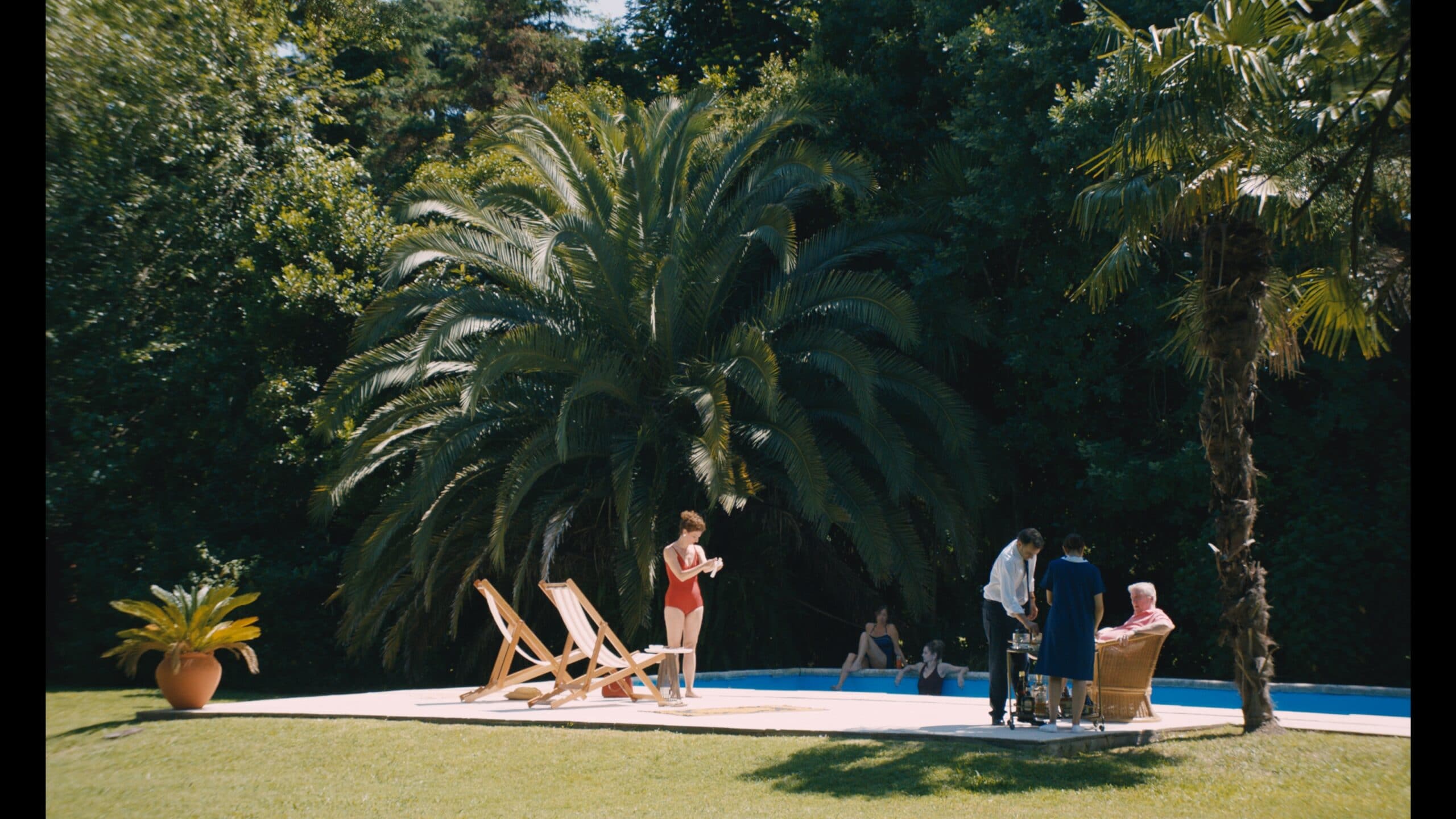 Another sophisticated Argentine thriller along the lines of Rojo set during the ‘Dirty Wars’ and this time seen through the eyes of a Swiss banker who arrives in Buenos Aires to investigate the mysterious disappearance of his partner only to discovers intrigue and subterfuge amongst the elite.

In 1976 a military junta seized power from Eva Peron’s government resulting in the deaths of over 30,000 people. Swiss born filmmaker Andreas Fontana transports us back to these uncertain times with high society characters who feel real in their glamorous settings, manicured poolsides, lush estancias, exclusive polo parties where Fabrizio Rongione strikes just the right tone of cool circumspection and biddability in his role as the trustworthy banker with a listening ear (a million miles away from the shoddy service we’ve come to expect from our own banks).

Cleau adds allure as Ines, his chain-smoking wife and confidente, oiling the wheels of their social encounters – where smoking is ‘de rigueur’ -with her unthreatening, savvy charm. Other characters who stand out here are Carmen Iriondo, a society hostess, and the Monsignor, who strikes fear into the proceedings with his chilly glare. These are people you may not trust to post a letter but as the gatekeepers of Argentina’s shady upper echelons of power, they must be respected.

In their car from the airport Yvan and Ines witness two men being held up at gunpoint, Yvan suavely fails to bat an eyelid, and once in their comfort of their exclusive hotel, Buenos Aires stretches before them just like any other international capital city, although the tinkling harpsichord score warns of trouble ahead, in the style of those Claude Chabrol thrillers. The couple get a rude awakening from the rather glib thickly-accented lawyer Dekerman (Geretto), who welcomes them to BA on behalf of ‘the client’, before rudely ordering his own whiskey before offering Ines a drink (and failing to light her cigarette), preparing her for the macho set up that will follow.

Business here is not just about talent but also moving in the right circles and keeping quiet at the right time (the code word ‘Azor’ means to ‘keep shtum’, rather like the Sicilian ‘omertà’). As a private banker from a monied background Yvan De Wiel settles graciously into the hushed scenes of high society in this enjoyably taught first feature from Swiss director Fontana who writes and directs with considerable flair, capturing the zeitgeist of these dangerous times with a florid eye for local detail.

A De Wiel sashays discretely in soigné villas, lush lounges and amongst the polo ponies, he swiftly gains the trust of the movers and shakers repositioning his bank’s interests with the junta when it dawns on him that his partner Rene Keys had possibly pulled the wool over his eyes bringing his firm into question. But he has another string to his bow, that of deal-making (aka laundering blood money) using his utmost caution. it’s a restrained performance and one of subtlety.

From the outset Fontana creates a real sense of danger here, a feeling that anything could go wrong as De Wiel’s investigation leads him deeper and deeper into the exotic hinterland of Argentina’s pampas where the Junta’s sinister types hang out in the film’s seething finale.

There is more that a whiff of colonialism to Azor. Silence and an evocative ambient soundscape prove to be Fontana’s best weapon in ramping up tension in the final stages of his restrained thriller, a slick seventies score of musak playing out during discrete cocktail parties where these smooth operators mingle under swaying palms, waiters plying them with drinks as they plot and plan how to deal with the trappings of colonialism. MT