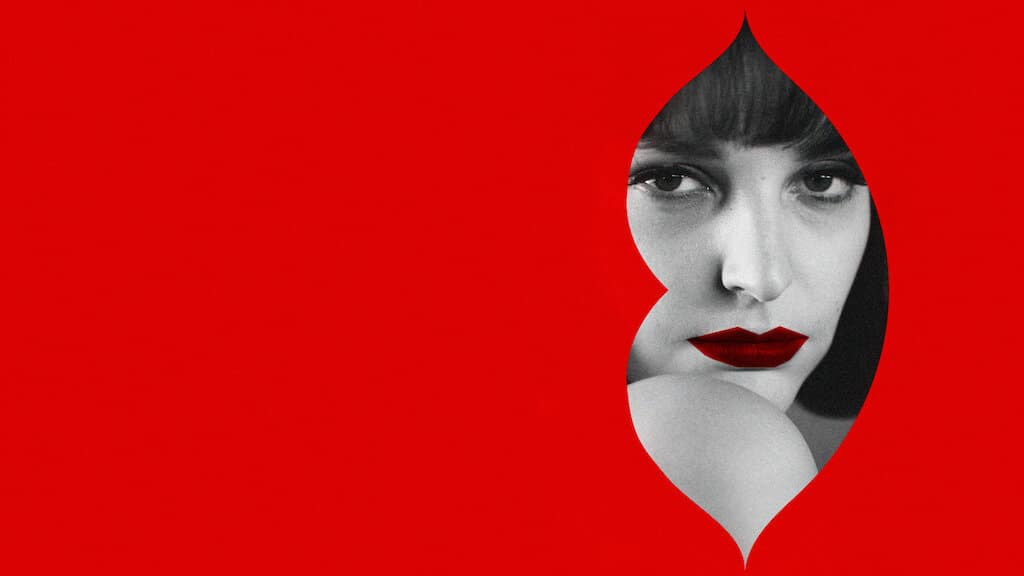 Katarzina Klimkiewicz’s Autumn Girl is both a tribute a Kalina Jedrusik (1930-1991), Poland’s answer to Marilyn Monroe, and a snapshot of her homeland in the 1960s.

Krzysztof Kieslowski pictures life in sixties Poland as a time of austerity, to say the least. Not so according to Klimkiewicz and Maria Debska who turn this biopic into a first class Hollywood musical, overcoming sexism and dodgy politics, with a triumphant Debska getting away with everything, just like the original Kalina Jedrusik who died of an asthma attack after starring in Kieslowski’s The Double Life of Veronique.

It all starts in a fashion boutique where Kalina refuses, and not for the first time, to toe the Party line: “The Woman of the 1960s should be fashionable, but modest. Dashing but modest. Chic but modest. Focused of Hearth and Home”. But Jedrusik is anything but modest, she lives the life of Laurie as the star of a Polish TV show, and men literally queuing round the block. After hours, she lives with husband and writer Stanislaw Dygat (Lichota), but their flat is also home to hunky, in-house lover Lucek (Zalewski).

When party bureaucrat Ryszard Molski (Kotschedoff) takes over the TV Ents department – he too wants a piece of the action with Kalina (literally), more or less calling her a whore. And when she rejects his advances she is blacklisted and even banned from her favourite show the “Elderly Gentlemen’s Cabaret”. Her mood swings from aggression to self pity but she paints the town red with her best friend Xymena (Obidzinks), the two ending up in the bus depot after midnight, one of the buzziest numbers of this revue.

Warsaw dazzles in Weronika Bilska and PD Wojciech Zogada’s stunning camerawork with Debska the star turn in an all-singing-all-dancing extravaganza set to Radoslaw Luka’s original score. The aesthetic choices are adventurous in a parallel universe where candy-colours quell dour black-and-white reality: Ken Russell minus the hyperbole springs to mind, with Klimkiewicz playing fast and loose with the facts. Autumn Girl’s success lies in not taking itself not too seriously, or resorting to camp. It maybe a man’s world, but this woman reigns supreme with her sparkling zest for life. AS