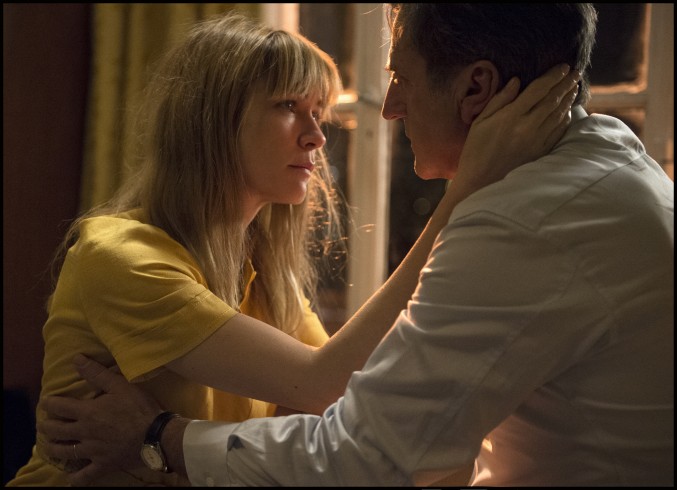 Ably scripted by Julien Repeneau, it stars a dynamite Daniel Auteuil as a loving family man and tender husband whose wife falls for the doctor in charge of their recuperation from a road accident while they are living in Morocco. Relocating the family swiftly back to France, he tries to save his marriage but clearly his wife is smitten by Sebastian Koch’s suave German doctor Dieter Krombach, and she leaves to live in Germany, where Kalinka’s suspicious death occurs 8 years later during a holiday there.

Based on the true Kalinka Bamberski case, Au nom de ma fille spans Andre Bamberksi’s 30-year court battle to convict Dr Krombach of her murder and provides us with a stunning array of European of locations from seaside Archachon in South West France to Munich in Bavaria. Vincent Garenq masterfully manages the various timeframes in an intelligent narrative that takes into consideration the audience’s interest in knowing when and where the crucial events occur, as a peripatetic story unfolds from 1974 until 2011. The hard-hitting film takes on noirish proportions as it seamlessly transits from family drama to legal procedural and through to a sinister crime thriller, Garenq’ straddling tonal changes with the dexterity of a high-wire trapeze artist. Meanwhile Auteil is absolutely first class as Bamberski, nipping at Krombach’s tail with the perseverance and doggedness of a terrier, never giving in ’til his bitter struggle is through.The story alone makes for a gripping thriller and thanks to tight scripting the hatred between Andre and Krombach feels hard-edged and plausible. Naturally Auteuil has to age considerably but this all looks totally natural and even the cars are authentic, the Peugeots here are the very same models I travelled through France in during the 70s.

Auteuil and Koch bring a touch of sophisticated allure to the proceedings and this is carried through in soigné interiors and Nicolas Errèra’s sexy score. Auteuil’s sensitivity captures moments of tearful emotion and boiling anger and we feel his pain and desperation in the pivotal plotlines of a fast-paced narrative that weighs heavily on his fight for justice. Koch is also impressive as a man whose subtle charisma slowly turns malign. Solid entertainment. MT

NOW OUT ON GENERAL RELEASE AT THE CINE LUMIERE