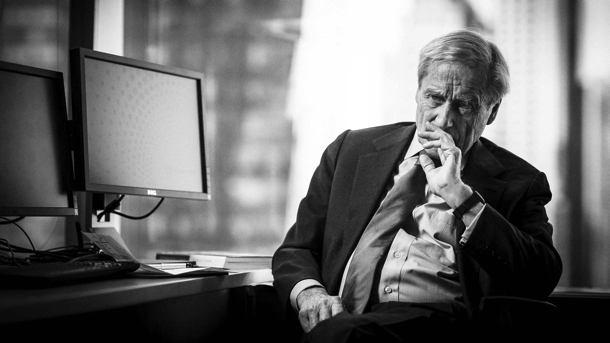 Siblings Jacqui and David Morris’s documentary is as much about the man who led the campaign, Harold Evans, as the Thalidomide scandal itself, which Evans uncovered in a ten-year battle as an editor of The Sunday Times from the mid Sixties onwards. The campaign brought not only some justice to the drug victims’ families, but helped to change the press law in this country.

Evans helmed the newspaper from 1967 and 1981 and had already started a campaign for the introduction of Cervical Testing in his previous position as Editor of The Northern Echo. The Thalidomide campaign, which lasted over ten years, is perhaps the best example of investigative journalism in this country. It all started long before Chemie Grunenthal, a German pharmaceutical company, created Contergan (the German name of the anti-sickness drug) and marketed it worldwide from 1957 onwards in over 46 countries, resulting in the birth of over ten thousand deformed babies, after their mothers had taken Thalidomide.

What makes Attacking the Devil such an impressive documentary aside from its mind blowing revelations; is the editing which deftly integrates original interviews, news-reel studies of the surviving children into a fast moving film, which is aesthetically closer to a detective thriller than a conventional documentary

Contergan/Thalidomide is very much connected to Otto Ambros, a German chemist, who was a lifelong friend of Reichsfuhrer SS Heinrich Himmler. In 1938, having joined the NSDAP, Ambros became a member of the IG Farben board, and an expert on poison gas (Sarin). in this capacity he reported to Hitler personally. The “IG Buna Werk IV” in Auschwitz saw him visiting the KZ and its workforce of Forced Labour no less than 18 times between 1941-44. Ambros, being a keen advocate of using KZ inmates for work, was imprisoned after the war, and sentenced to eight years in 1948, but was released in 1952, after which he joined Chemie Grunenthal, where he met “old friends” like Dr. Schenck (Inspector of Nutrition of the SS) and SS Captain Dr. H. Baumkotter, Chief Medical Doctor for the Concentration Camps Mauthausen, Natweiler-Stuthof and Sachenhausen. Ambros also worked as an economic consultant for Chancellor Adenauer, and the industrial magnate Friedrich Flick, who had also been released from prison early.

In 1959 Grunenthal received its first reports that Thalidomide caused nerve damage. The drug, sold over the counter, required now a prescription. It was still marketed aggressively, the label proclaiming that it could “be given with complete safety to pregnant women and nursing mothers, without any adverse effect on mother and child.” More than ten thousand mothers gave birth to babies with horrible deformities, before Thalidomide was banned in 1962 in the UK.

The UK manufacturer Distillers Biochemicals Ltd.(now Diageo), came to an inadequate compensation settlement with a minority of the victim’s families in the UK. Evans campaign in the Sunday Times alerted David Morris, an art dealer whose daughter Louise was one of the victims. He tried to persuade the parents not to agree to the “40%” settlement proposed by Distillers, which meant that they would only receive a fraction of the money owed to them. The Treasury then took over to bring the scandal to a quick end: Morris lost his child, now a “ward” of the Treasury.

What happened next is remarkable in a film that cleverly balances facts and tension to create an absorbing and satisfying piece of filmmaking.

Perhaps the most harrowing moment of the documentary is the witness quote of a soldier who had liberated Bergen Belsen Concentration Camp and had seen the same deformations in his own niece nearly twenty years later. Chemie Grunenthal had always claimed that it had lost its documents that showed where and when the first human trials of drug were conducted. “The patents suggest that Thalidomide was probably one of the number of products developed at Dythernfruth or Auschwitz-Monowitz, under the leadership of Otto Ambros in the course of nerve gas research”, said Dr. Martin Johnson, head of the Thalidomide Trust in England. AS