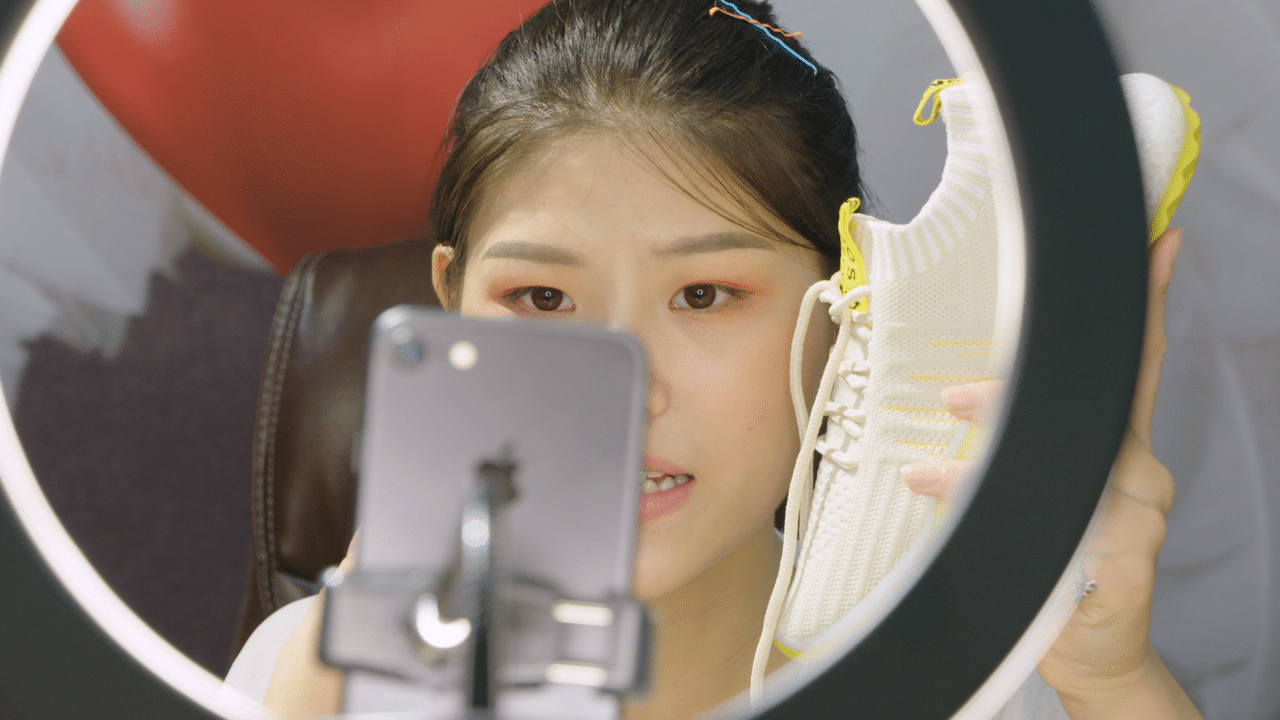 Mesmerising in its imagery, Ascension is a frightening impressionistic portrait of China’s growing class divide through staggering observations of labour, consumerism and wealth.

In her documentary debut Chinese-American Jessica Kingdon explores this study of Chinese superiority by those whose crafted the system. But there is also the hankering after western values and traditions, coupled with a search for perfection in every aspect of working life. Through sheer determination this stealthy dragon will soon be the number economic power on the globe – a nightmarish vision.

The film is structured in three parts, ascending through the hierarchical levels: workers running factory production, the middle class selling to aspirational consumers, and the elites revelling in a new level of hedonistic enjoyment. In traveling up the rungs of China’s social ladder, we see how each level supports and makes possible the next while recognizing the contemporary “Chinese Dream” remains an elusive fantasy for most.

Job-seekers gather in front of buses which will ferry the chosen ones to their factories and dorms. The pay is a couple of dollars an hour, but there are restrictions: Only applicants between 18 and 38 are welcome, men are not allowed to have tattoos or ear-studs – and no illegals will be accepted let alone those with a criminal record. Then there is the roll call for the HUWAI bus, under a big sign of “Work hard, and all wishes come true” the workers put their luggage away before entering the bus. Other poster slogans tell the workers “Be civilised, set good examples” before we set off for the factories.

In a plant producing water bottles from plastic, the female workers discuss the role of the manager: “It does not matter how many days you work, the manager will decide how many days you get paid for. I buy the boss lunch, right after having been paid. We all plead to buy lunch for him so he can pull some strings for us.” In a factory producing jeans, the workers are told “to work harder”, because these jeans are for export: the stitching reads “Keep America great”. In front of a factory producing sex dolls, the chorus shouts slogans like “I love my company, I love my colleagues, I love my career even more. My fate is tied to the company’s, my glory bound to the company”.

Books are given out to workers and they are exhorted to study them with diligence, since the boss spend much time on writing the advice for his workers. During work hours, role play about how to be a perfect workmate is transmitted via loud speakers. We see workers marching like soldiers in front of factories. Meanwhile in the sex doll factory, the workers earnestly discuss the colour of the nipples and the trimming of the pubic hair.

A little more up the food chain, the middle-managers are equally enthusiastic about paying good money to listen to champion managers, who have a large fan base. “Monetise your personal brand. Knowledge must be monetised”. Others have participated in a two-day course and promise “to make millions and millions” in the coming months and years. There are other expensive courses that tell you how to smile (show eight teeth), nod and hug, the latter not being very popular in China.

At a lecture by the Senior International trainer we learn “either you influence me, or I influence you”. There is a training school for butlers too: The new Chinese ruling classes want to copy their European counterparts. “You may not have much time for your personal life, or your family. The rich people do what they want to do, and you have to accept it. They are the people who pay you, no matter how much they humiliate you”.

We watch a group of young men being trained as body guards for the big bosses – unfortunately the applicants fail: the boss has been killed. A group of rich Chinese business people complain about the West calling them out for their Human Rights violations. “They don’t understand the poor have to learn to survive, there is no place for human rights, just survival.” One of the directors tells the audience of employees that “If your intelligence does not match your wealth, Chinese society has hundreds of ways to take your wealth away”.

Before a rather melancholic ending, we are reminded again “that dreams are”. Kingdon keeps the tone understated, letting images and the slogans talk. The result is a mixture of false naivety – on behalf of the upper classes – and a kind of religious fervour of obedience from the workers. But whatever the future holds, the mixture of state capitalism (after all the Party rules supreme) and expanding consumerism, which will see China overtake the USA’s GDP by five times, is a reason for trepidation – to say the least. A brilliant study of a communist nation on the march. AS