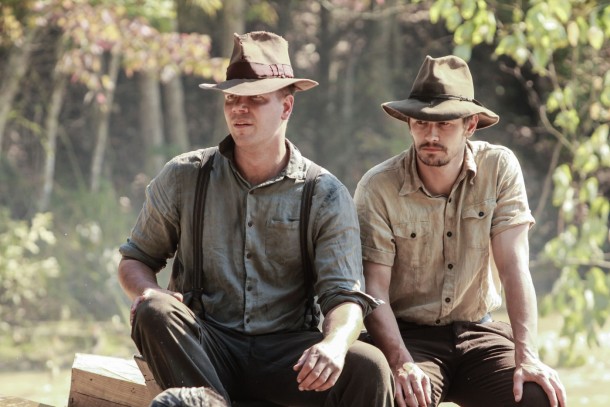 Like him or loathe him, James Franco is certainly prolific.  Here he offers up another faithful adaptation from American literature this time from William Faulkner’s 1930s novel of the same name. To be fair he’s certainly not one to cut corners or quail away from testing tomes: this Mississippi tale is told from the viewpoint of no less than fifteen different characters, mostly in heavy and occasionally unintelligible Southern drawl. Handled deftly with the use of split screens, as one character talks while the other’s reaction is shown, he uses a technique that’s experimental and not altogether successful, requiring audiences to ‘bear with’ him on another of his projects.  You can imagine the young James obviously got a great deal of patient encouragement from his parents: and this occasionally feels very much like a college affair that’s reached the international arena. 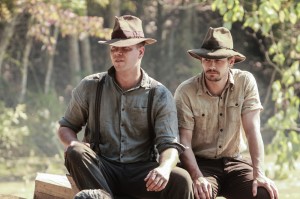 The essence of the story  is that of a quest to fulfill the final wishes of one Addie Bundren by his kith and kin. It takes the form of a Southern country road movie that follows them down a long and winding road – quite literally – with his coffin strapped to a wagon – and recounts at length the mishaps that befall the motley crew. I won’t elaborate on the storyline; suffice to say there are some gruesome moments in the marathon which is on the whole  well-performed and imaginatively-crafted with some cracking cinematography from Christina Voros (127 Hours) and an atmospheric original score by Tom O’Keefe.  It you like Franco’s schtick, this one will be for you. MT