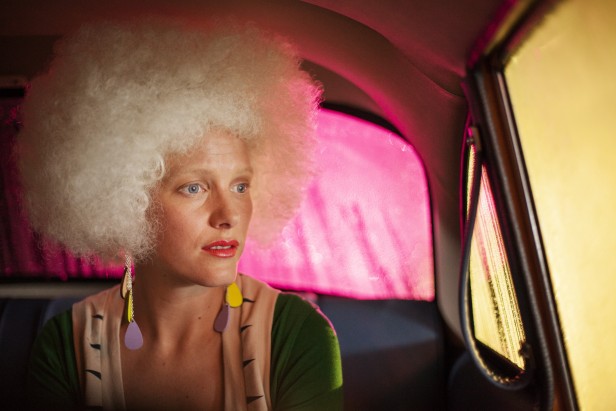 Jörn Donner (1933-2020) is so far the only Finn to win an Oscar, for producing Fanny and Alexander, Ingmar Bergman’s film about two siblings in 1900s Sweden. Donner went on to make his swan song The Memory of Ingmar Bergman shortly before he died in 2020.

Armi Alive is a biopic drama about Armi Ratia, the elegant Finnish textile entrepreneur behind the iconic Marimekko brand. Donner’s focus here is on the most productive years of Armi’s career, her late thirties and forties, where she sets up and grows the fashion business that would become an international design brand during the 1950s and ’60s. Marimekko is still going strong today with its iconic designs that spoke to a postwar generation of women in Scandinavia. Ratia is played by Minna Haapkylä as a stylish and driven and risk-taking creative force who is emotionally wrapped up in her and family but still has ample time for romance, and this side of her personality takes centre stage when she falls in love with an Englishman.

In his ‘play within a film’ Donner creates a very sophisticated visual aesthetic to match his stylish subject matter, giving the Marimekko depicted in his narrative a strong feeling of continuity that carries it forward to the present  day where is still feels as fresh and contemporary today as it did in those early ground-breaking years of Scandinavian design. At the same time, there’s a sense that Haapkylä is discovering the enigmatic character of the cutting edge designer “Maria” (the name of Armi’s character in the film) while  actually playing her in a highly individual performance. When asked what was special about Armi’s life, she declares ‘not much’. Yet she’s had an extraordinary time: losing three brothers during the war, and then twin children, and struggling against her husband’s traditional family and the banks for financing.

Back the 1950s when Armi’s created Marimekko she hoped it would epitomise a modern woman who was ‘free, natural and international’. “Uniforms for the intellectual” is how she describes her designs. Donner give her free reign showing her very much as an individual and maverick who somehow captured the imagination of a jaded population looking for new design ideas and inspiration and showing that Marimekko could be all things to all people, just as Armi Ratia intended. MT