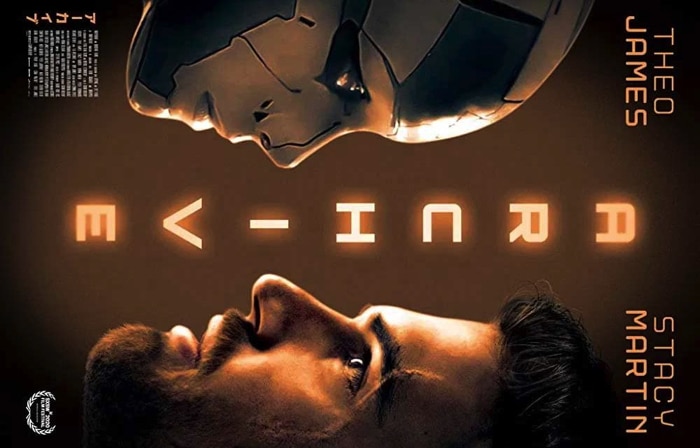 Just before my father died I thought about how brilliant it would be if I could download his personality along with all the vast knowledge and experience gathered during his eventful life, and save it for posterity. Gavin Rothery has taken that idea and made it into an impressive AI Sci-fi drama, and it’s the human element that makes Archive so appealing.

It persuades us that sex and romance still exist in 2038, and so does humour. It’s also got Toby Jones which is always a good thing. And the robots are surprisingly intuitive, with acute sensibilities, and also enjoy listening to rock music.

Theo James plays George Elmore, an American computer working on a  human-equivalent AI. Holed up in a remote Japanese facility deep in a snowbound forest he has been tasked by his draconian boss Simone (Mitra) with finessing the model of a rudimentary female robot, who has also cleverly sussed Simone out (“I don’t like her, she’s a bitch”).

But he’s actually more focused on another state of the art humanoid prototype which is at a critical stage, and this personal and highly secretive project will reunite him with his late wife Jules (Stacy Martin) who he speaks to through a system called ‘archive’ that allows the living to communicate with the dead for a brief space of time. Her personality and memories have been downloaded into the robot’s shell. It’s a brilliant idea and the ideal solution for preserving the essence, vast experiences and knowledge of the people we’ve loved. But woman are complex, especially robot ones, and so Elmore really has his work cut out. Then Toby Jones arrives to inspect the archive and George realises his days are numbered.

Archive is the feature debut of Gavin Rothery who also wrote the script. Rather like the recent Sci-fi outing Ex Machina it looks stylish and wizzy largely because Rothery is also a graphic designer and special effects guru but it’s his plotting and a strong cast that makes this enjoyable, although Elmore doesn’t get the happy ending he’s hoping for. MT