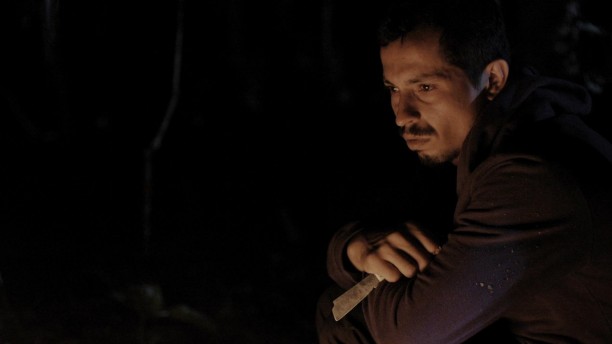 An ordinary life takes on evergreen themes and universal implications in writer-directors Affonso Uchoa and Joao Dumans’ delicate rendering of turmoil in the industrial town in Brazil, when thoughtful teenager, Andre (Murilo Caliari) discovers a notebook that chronicles the eventful life journey of his injured neighbour Cristiano (Aristides de Sousa), a factory worker in the aluminium mines.

Tempered with an atmospheric folkloric soundtrack, this is a cold-eyed but fitting tale for our turbulent times, and an endlessly fascinating politically-infused road movie that gradually broadens out and shifts in tone from the narrow social realist focus of an ordinary young boy, into the multi-faceted decade-long peripatetic experiences of a working man who has travelled from shore to shore, and recorded his fascinating lifestory.

Forty-something Cristiano’s hand-written wanderings come to light when Andre (Murilo Caliari) discovers and becomes engrossed in his notebook, after the factory-worker is injured in an accident at work. And once Andre starts reading the film sets off on its wondrous and finely detailed chronicle of Cristiano’s remarkable wanderings, footloose and fancy-free, through all life’s eventualities, from petty crime and retribution, to love and rigorous labour in order to earn his living, while experiencing the massive country that is his native Brazil.

This is a gently magnificent and free-spirited film exploring an ordinary life  that slowly opens up to extraordinary proportions. MT