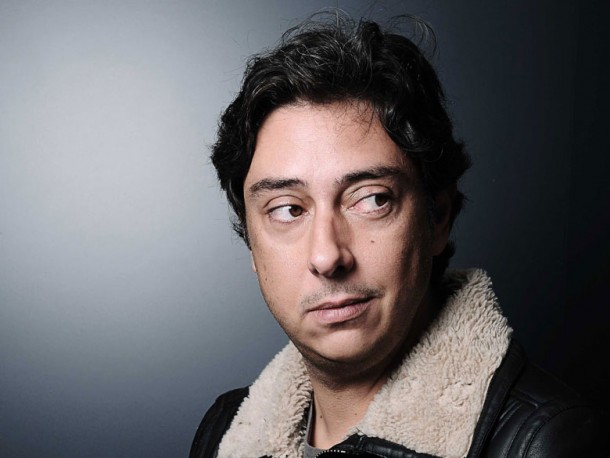 Portuguese auteur Miguel Gomes’ three-part epic aims to seduce us with a sorry tale of his native land in crisis due to the economic downtown of the last five years. Is it possible to make a derogatory film beguiling? With ARABIAN NIGHTS not only has he tried to re-invent “political cinema”  but also to assimilate a new body of film language where genres are playfully mixed, and the audience is often left gasping in delight, but not always in comprehension.

Inspired by the classic Arabian Nights, Part One is an enigmatic string of stories that aim to encapsulate this time of austerity with an absurdist style embracing socialism realism and surrealism. If you’re hoping for something akin to Tabu (2012) or even Our Beloved Month of August (2008) you will likely be disappointed as this is much more sombre and recalcitrant fare where fables and documentary realism coalesce as often strange bedfellows, infused with the filmmaker’s own anger and sadness peeping through a narrative that gradually makes more sense but still, for the most part, mystifies.

The Restless One begins at a shipyard were the failures of the Portuguese government are apparent at the Viana do Castelo shipyard in Minho: the workers are on strike and a voice-over recounts a past where full employment offered job satisfaction and a meaningful life. As the shipbuilders clash with the anti-strike brigade, the mood turns sombre. At the same time Gomes appears, ruminating on how hornets are destroying the local bee population. Is this a metaphor for the Government and the people?. As if by magic, we are introduced to Scheherazade (Alfaiate), the princess who saved her life each night by telling a tale to make her Sultan wish for another night with her. She is introduced to the sounds of “Perdfidia” (Buñuel), telling three stories to Gomes and his strikers, who listen in rapt attention. The first one is about three bankers who wish for never-ending hard-ons in response to their erectile dysfunction, and end up getting more than they bargained for. The next is about a rooster who nearly comes to a sticky end by crowing at inappropriate moments. The rooster himself then tells a sad story about a love-triangle. Finally, we return to one of the strikers who literally feels sick when trying to tell unhappy tales about his fellow workers. It gradually becomes clear that these wild and disparate stories are all vehicles to describe Portugal’s demise. Gomes tries to re-invent the workers as modern-day crusaders in a fight to save their beloved Portugal. But they are not at all heroic but more melancholic in the style of Kafka – metaphors straight out of ‘The Trial’. Gomes wants the World to view Portugal as a prisoner of capitalism: the stories, old and new, are told to liberate the nation, or least to put off its fate until another day.

In the end, The Restless One has an attractive, experimental charm. Gomes’ choice of DoP, Sayombhu Mukdeeprom (who shot Apichatpong Weerasethkul’s Uncle Boonmee), is appropriate for his drama: Mukdeeprom has an eye for details, his sumptuous images creating a unique cosmos of poetic realism. The colour palette ranges from the outrageous to the spooky. The Restless One attempts perhaps too much, but is never dull. It is a fairy tale for our times: often as puzzling, incomplete, enigmatic and contradictory as contemporary life. AS/MT