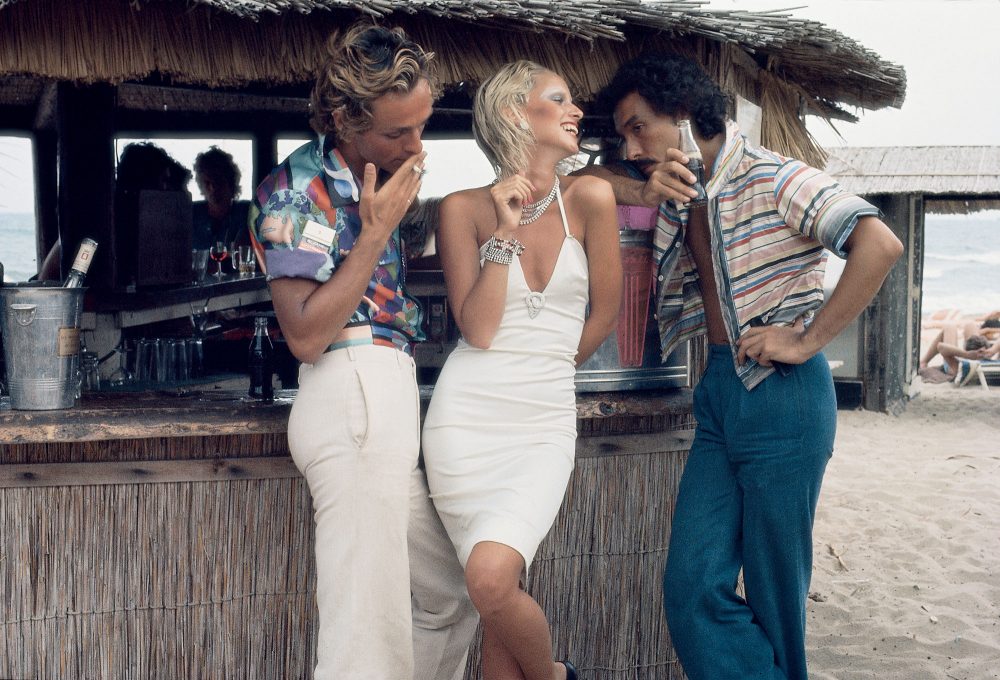 James Crump (Black White + Gray) pays homage to one of the most original fashion illustrators of the last century: Antonio Lopez (1943-1987), who, together with his creative partner Juan Ramos (1942-1995) revolutionised not only the way fashion designers and illustrators worked together, but how they discovered models like Jerry Hall and Grace Jones, who might otherwise have never become world famous.

Meeting at New York’s Fashion Institute of Technology in the 60s, and pair set up shop in a studio above Carnegie Hall. Antonio was the extrovert artist, Juan the “art director” who stood behind his creative partner to provide structure and ideas. Although both men came from Puerto Rico, the were products of their unique New York milieu: Antonio grew up in Brooklyn and Juan in Harlem. Max’s Kansas Hotel and Hotel Chelsea feature heavily here. As does Andy Warhol who was a rival for a long time, before he exchanged portraits with Juan.

Their social ‘sets’ were strictly separated, with the exception of Donna Jordan. One could not think of more different characters: Warhol, the observer who waited until a situation developed, and Lopez, who worked for hours feverishly, needing only his muses like Jessica Lange, Patti D’Arbanville and Grace Jones (to name a few) for inspiration – and Juan for “editing”. Lopez brought fashion to a new level: streetwise, sexy and extravagant. At a time when counter-culture exploded these were heady times: the LGBT movement was new on the scene, and the Vietnam War brought millions of protesters onto the street. The bi-sexual Antonio was a “sex machine”,  changing partners on a regular basis, but often staying friends. His relationship with Jerry Hall – the two even got “married”, was one of the most enduring.

In 1969 Antonio and Juan moved with their entourage to Paris, where they worked with Carl Lagerfeldt, an intimate enemy of Yves-Saint Laurent. The duo helped Lagerfeld to establish a pret-a-porter culture, signalling the end of the classical fashion industry – particularly the mannequins, who had hardly moved on the catwalk, walking at funeral pace. Antonio’s fashion models danced like disco queens. Racial taboos were broken too: Pat Cleveland was perhaps the first ever black super model.

Given access to Lopez drawings, photographs, 8-mm and 16-mm films by the designer’s heir, Paul Caranicas, Crump has realised the fantasy of his teenage years in rural Indiana, “when Lopez magical life and milieu aroused me to no end and made me fantasize about the early 1970 in New York and Paris”.

With music by Donna Summer, Marvin Gaye and Isaac Hayes, this feature is a hell of a ride: the dawn of a new style of living, the innocence of this first generation, who challenged gender as well as art, their innocence and unawareness of the future would bring Aids, and both Antonio and Juan would become victims. AS