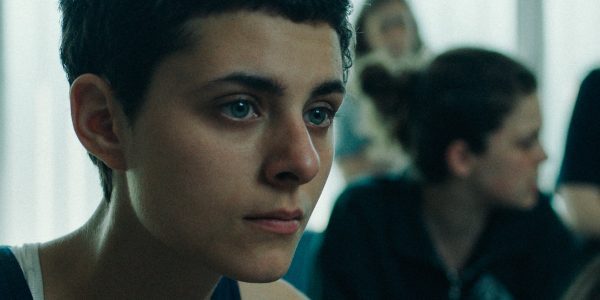 Nahema Ricci plays Antigone, the highly intelligent woman in question, with a powerful sense of her own identity but also a vulnerability that is touching and deeply affecting in this compassionate family drama that offers another snapshot of the refugee crisis, this time in Canada. Following the murder of their parents, Antigone, her sister Ismène (Nour Belkiria), and her brothers Étéocle and Polynice, find themselves taking refuge in a cramped apartment in the working class area,  joined by their grandmother Ménécée.

But another tragedy soon follows when Étéocle gets involved in the arrest of a petty criminal and drug dealer and takes a police bullet and ends up in prison. This sense of family responsibility is also one that lies at the heart of Martin Scorsese’s New York thrillers. Made on a considerably tighter budget this less ambitious film is also set on a smaller scale, although the ideas are just as relevant: the responsible family member feeling duty bound to rescue a relative in order to secure the future for everyone else. As a woman, Antigone is also forced to deal with a male-dominated judicial and penal system which she must appose with her own set of values.

Acting as her own cinematographer and ably assisted by a female led crew, Deraspe conjures up a palpable sense of Montreal and its immigrant community in this moving piece of indie cinema. MT