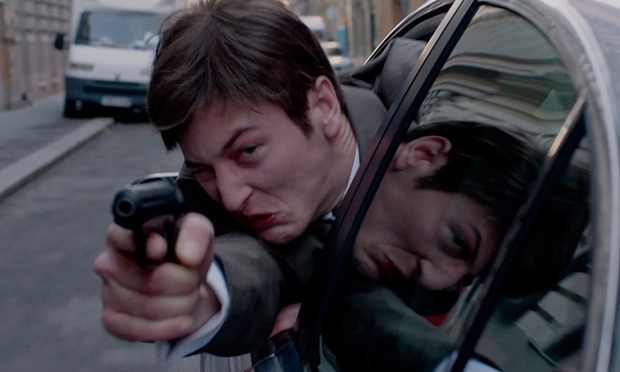 Best known for his relationship with Amy Winehouse: Reg Traviss tries his hand with a low-budget drama that aims to capture the zeitgeist of swinging Hoxton, with its mix of yuppie creatives and laddish London louts. Sadly, ANTI-SOCIAL is a little bit sweary, rather lairy and completely derivative of the bulk of loutish Britflicks that currently plague our cinema screens financed, for the most part, by City types attracted to the tax incentives offered by the EIS Scheme.

This one has artistic pretensions as it scratches its way towards a more ambitious storyline with some glossy sets, slick visuals and a putative ‘creative’ buzz of arty characters who sadly fail to feel authentic or to lift it from its dreary Hoxton-style origins, mainly due to limp scripting and clunky dialogue: in one scene five characters say “you al’ right”, almost simultaneously and self-consciously. The story centres on a half-decent, half-Spanish graffiti artist Dee, (a charming Gregg Sulkin) who turns out Banksy-style artwork and gets involved in a ‘gangland’ heist through his brother Marcus (Josh Myers). Traviss blends this urban melange with a bit of meaningless sex, robbers dressed in full Muslim regalia for a ‘smash and grab’ and pretty, pouty girls, but while you can take the boy out of the End End, you can’t take the East End out of the boy. Turgid stuff but better than his previous outing Joy Division so there’s hope on the horizon for Traviss. MT