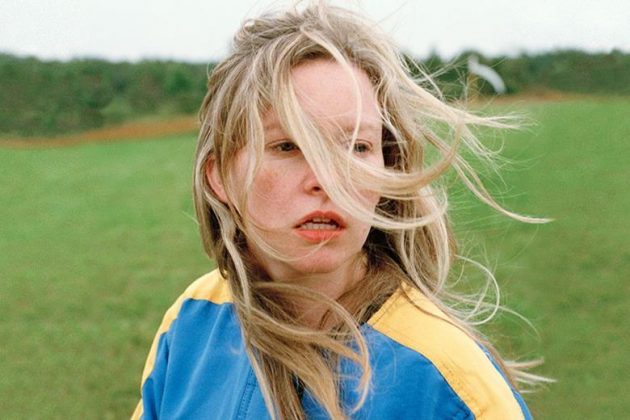 Deragh Campbell is terrific as a troubled nursery school teacher at the centre of this often raw and intimate look at mental illness. Kazik Radwanski’s fractured narrative and dizzy handheld camerawork gives a close up and personal feel to this evocative third study of people in challenging situations. This time the focus is Anne whose work in a children’s daycare centre comes under scrutiny from her colleagues who start to object to her random behaviour. Her best friend and colleague Sarah (Dorothea Paas) is supportive but busy with preparations for her wedding.

One of the key issues is Anne’s tendency to trivialise matters to mask her inner turmoil and she often plays around when she should be taking her work around special needs kids more seriously. Life in the school interweaves with Anne’s first experience of skydiving which presents an opportunity to disengage from the sober world and set herself free. Sarah’s wedding is another difficult occasion for Anne who makes a heartfelt speech before drinking too much and ending up in the arms of Matt, a lovely, light-hearted guy (Matt Johnson) who looks after her when she gets post party food-poisoning. Radwanski keeps the lid on Anne’s mental status but it’s clear she is on the verge, or has recently emerged from some kind of crisis.

Matt is particularly good in the way he gradually becomes part of Anne’s day to day life and the scenes when they visit her family fizz and feel good in contrast to the fraught and buttoned-up interactions with her colleagues. But when she later meets her mother things spin out of control as Anne becomes increasingly neurotic over a trivial issue. This is clever filmmaking and Radwanski shows considerable aplomb in the way he shows Anne being ultra-patient with kids but is reduced to tears after relating her pet cat story to them later completing losing her cool in the car despite Sarah’s kindness and support. But the natural chemistry between Anne and Matt are what makes this so lovely as a snapshot of a woman coping with the past and the man who is loves her, against the odds. MT