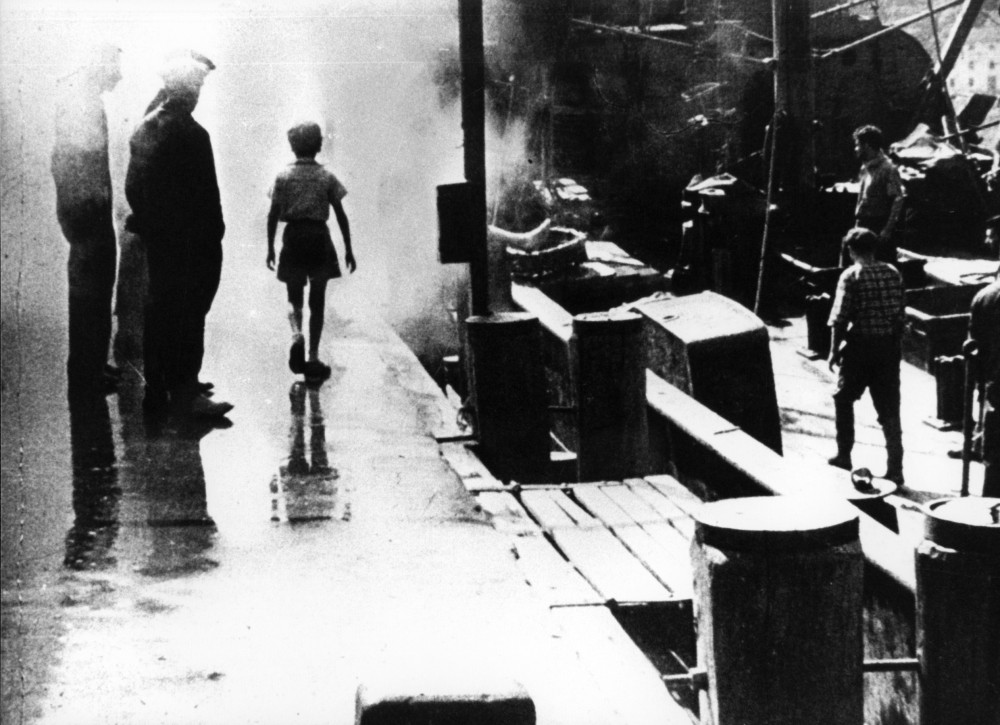 Manoel de Oliviera who died, aged 106, was an extraordinary man not least because in a career spanning over 80 years, he made 62 films and starred in 11; winning 47 awards along the way.  Aniki-Bóbó, was his first film, the name coined from a Portuguese children’s rhyme similar to Eeny Meeny Miney Moe.

Carlitos is a shy, naïve boy, in love with Teresinha, but with a love rival in the shape of the charismatic, seemingly fearless bully Eduardinho. Despite the fact Teresinha spends her free time with Eduardinho, Carlitos knows she likes him, but how can he win her heart?

Based on Joao Rodrigues de Freitas’s short story “Little Millionaires’, Aniki-Bóbó was Olivieira’s bold, allegorical shot at dictator Antonio Salazar’s Portugal, which managed to slip through the net of the draconian regime. Only three films a year were being made during this ten-year period and all of them were under state control as war raged through the rest of Europe and the threat of Fascism was never more real.

Derided at the time of release for its depiction of childhood as a difficult and scary minefield to be negotiated: full of deceit, cruelty and manipulation. It is only in retrospect that the value of Aniki-Bóbó is being fully appreciated, and its place as a founding stone of the Italian Neo-Realist movement, is being recognized. Oliveira successfully managed to subvert his message – that figures of adult authority were not to be trusted, and were out of touch with what was really happening.

On the face of it then, Aniki-Bóbó is a straightforward ‘morality play’ with a cast of kids, many of whom were local friends of de Oliveira in his native city of Oporto. A fascinating film on many levels, its cast of children are engaging, but it bears all the hallmarks of a low-budget first feature, with an unevenness in continuity and performance. However, it is such an important film as well as a testament of the times, that its minor flaws can be ignored as being endearing glitches in the first steps of the director’s monumental career.

What sets it apart and the reason it has withstood the test of time, is how Oliveira made a film concerning adult problems and anxieties with a cast of children. In that place and time, with all the resources that he was lacking,  Aniki-Bóbó is a stroke of genius. Oliveira had such a hard time bringing this first feature into being, that he didn’t make another film for 21 years. Eventually, it was to mark the light-footed beginning to a very sure-footed and magnificent body of films. MT