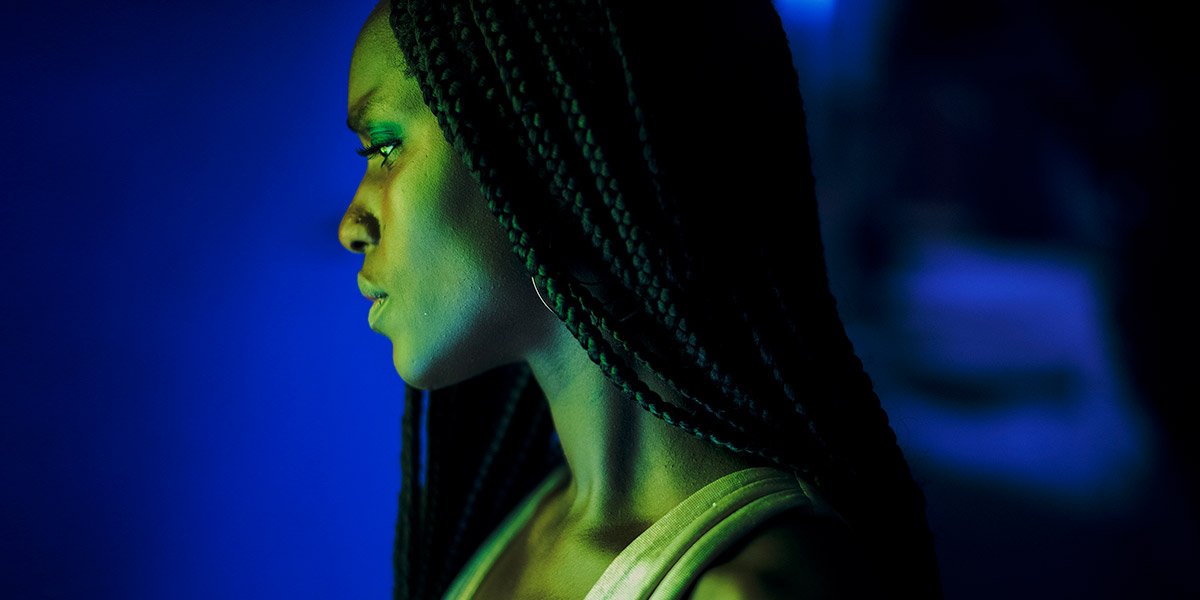 Angel is a lushly cinematic love story pays homage to Claire Denis but lacks the sociopolitical underpinnings of her superior work. It speaks the universal language of love across the social divide where for one dreamlike night two souls meet but do not find nirvana the following morning.

Where once tribal forces held sway Senegal is now dominated by Islam and sex workers are considered low in the social pecking order, prostitute Fae (Fatou N’Diaye) meets Thierry (Vincent Rottiers) a world-renowned Belgian racing cyclist whose career has attracted scandal because of his substance abuse. Taking a break with his brother in Dakar, Thierry meets Fae in a night club, and tries to reconcile his feelings of lust with those of love at first sight. He has never paid for sex nor is he attracted by the prospect. Fae’s beauty and elegant allure captures his imagination and the two share en extraordinary encounter. But it soon becomes clear that Thierry is a damaged despite his outwardly superior professional credentials.

With its woozy surreal sensuality and hypnotic fractured narrative Angel envelopes us into an intoxicating world where nothing is a it seems as reality and fantasy collides. Its emotional arc is familiar yet exotic, touching yet troubling provocative exploration of how words can be as powerful as the realm of this senses when we fall in love. MT