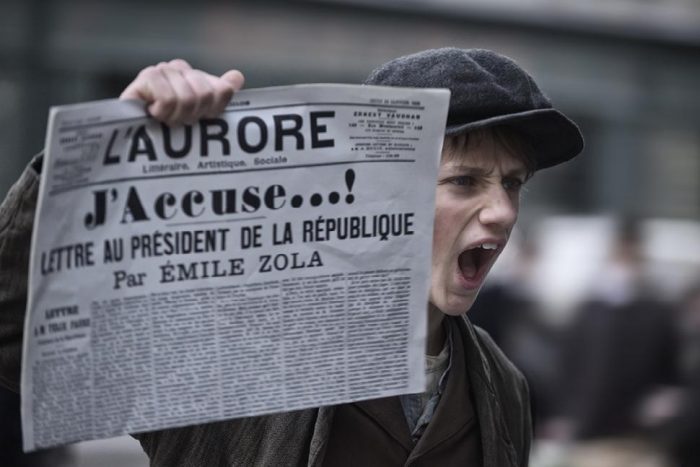 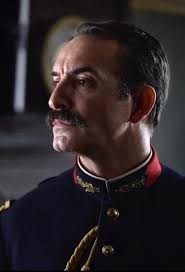 The soldier is Alfred Dreyfus and Roman Polanski tells the story with procedural restraint and immaculate detail in this portrait of Parisian society at the time of Bonnard and Monet, the painterly historical epic brought to life in Pawel Edelman’s sumptuous camerawork.

Robert Harris wrote the screenplay based on his own 2013 book An Officer And A Spy (J’Accuse). Louis Garrel is shorn of his tousled good looks to play a wan and not overly sympathetic Dreyfus, although we do feel for him and the injustice he suffered. Jean Dujardin is rather charismatic as the maverick French officer Picquart whose gradual realisation that Dreyfus is not guilty of treason puts him up against his crusty superiors (played by a classy French cast) eventually winning the victim a reprise. The rest is history, so Polanski’s challenge was to bring drama without sensation to a tale close to his own heart. And he succeeds with a richly-textured straightforward approach, Alexandre Desplat’s atmospheric score adding an undercurrent of darkness to the gathering storm.

Galloping through the story with military precision, we see Dreyfus sent down for life to Devil’s Island after his 1894 trial. The openly anti-semitic Picquart is then promoted to head the nation’s counter-intelligence despite his lack of experience, but then follows his duty as a man of honour, in exposing another cover-up refusing to let his private feelings cloud his professional judgement. And this is where he comes up against a reluctance to turn over the guilty verdict on behalf of his superiors. AN OFFICER is an intelligent drama that unfolds slowly but surely through a series of unhurried and thoughtful vignettes each adding interest to main plot and elevating the film into a graceful period epic. There is an additional subplot with Emmanuelle Seigner playing Picquet’s married lover, and although this adds a romantic thrill to the affair it feels rather de trop but clearly offers Mme Polanski worthwhile screen time. Polanski’s keeps a distance from his subject matter, never allowing his own ant-semitic experience and fight to gain justice cloud his judgement. MT