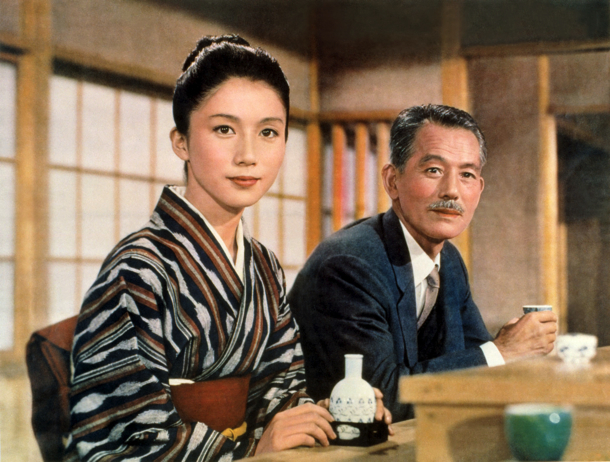 The final work of master filmmaker Yasujiro Ozu, An Autumn Afternoon portrays the inexorable decline into old age, as seen by irreverent youth. Ozu inspired many modern directors from Claire Denis to Aki Kaurismaki and Nuri Bilge Ceylan. His swansong pays homage to the universal theme of tradition; here seen in sixties Japan, casting the well-known Chishu Ryu in the role of Hirayama, an honourable gentlemen whose main concern in his twilight years is to find a husband for his daughter.  Rich with its spectacular use of primary colours, evergreen themes of loneliness; old age and family responsibilities are explored with cheeky and endearing humour that will resonate with art house audiences. While it may rile feminists with its male-orientated view of life, it will certainly entrance them with its delicate performances and lovely set design. MT

Opening on 16th May 2014 at the BFI Southbank, National Media Museum, Bradford and selected cinemas Nationwide.