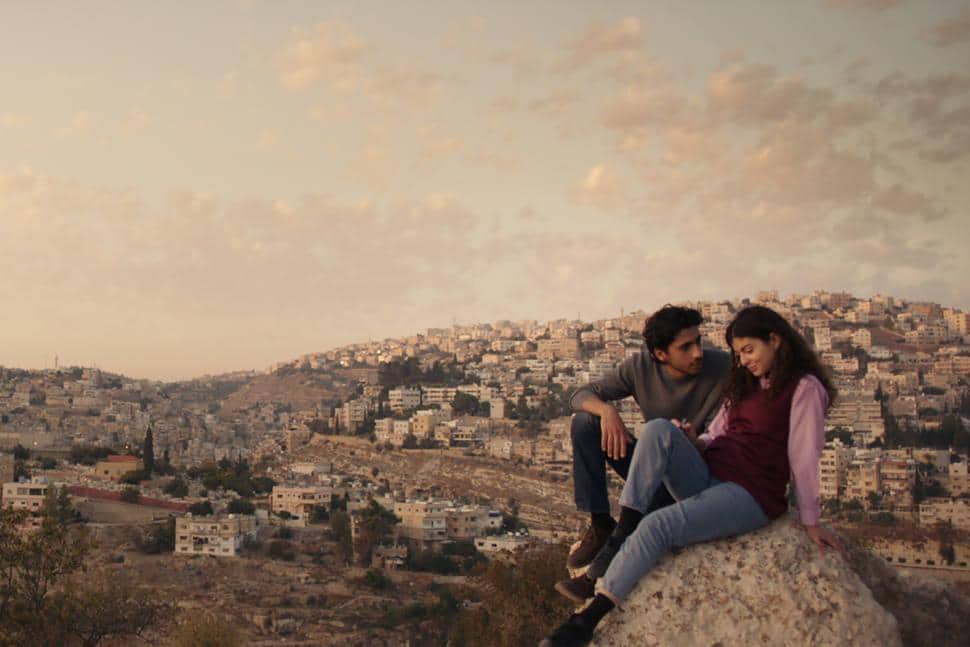 Amira is a passionate but conflicted melodrama that turns on a case of mistaken identity involving one of the thousands of babies conceived through artificial insemination between men in Palestinian prisons and their wives in the outside world.

17 year old Amira (Tara Abboud) is the result of one such miracle: her father Nawar (Mohamed Ghassan) smuggling out a frozen packet of sperm from his cell in the Megiddo Prison to her mother (Saba Mubarak). But there’s an unexpected twist to the tale when it soon becomes apparent that Nawar is shooting blanks and unable to provide his wife Warda with a much wanted second child as Amira prepares to leave home to study photography.

Amira is close to both her parents, but particularly her father in his hour of need. Keen to keep him included in her life on the outside, she has skilfully photoshopped him into family snaps proudly presenting them as gifts on her frequent visits to Megiddo Prison where he has been on hunger strike.

Now her past and future descend into emotional turmoil when it emerges that Nawar is not her biological father, raising all sorts of questions not least about her real paternity, but also Warda’s fidelity.

The film gets off to a strong start with its thorny premise and fiery conflicting characters but these elements are handled with a surprising lack of finesse compared to Diab’s usual deftness so much in evidence in his previous features Clash and Cairo 678. An ill-considered final section that descends in raucous melodrama and an overbearing sound design only make matters worse.

In scenes that are quite shocking considering the 21st century advances in female emancipation, Warda’s inlaws put her under house arrest in a locked room, confining her until she reveals the identity of Amira’s father, even before she has been proved guilty of dishonouring the family, or indeed, any crime. Diab paints the Israel faction as inhumane yet fails to see how his own countrymen are still subjugating their own women as second class citizens, and the only character objecting to Warda’s treatment is a male colleague who then falls under the spotlight as Amira’s potential father simply because of his protective stance. Despite all this Abboud gives a dignified and restrained performance in the title role as a woman whose world is blown apart bringing about the final tragic denouement. MT