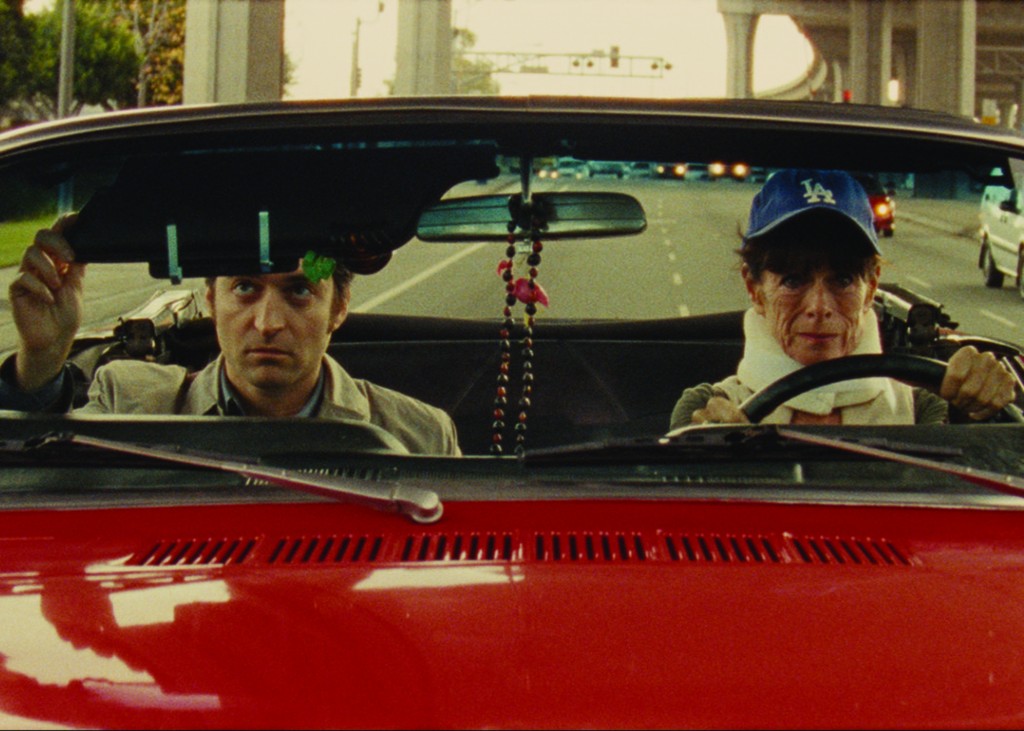 Rites of passage drama staring Matthieu Demy,  the son of Agnes Varda and Jacques Demy.  In this his debut feature Demy plays Martin, traumatized by the sudden death of his mother.  He sets out to tell his own life story heading back to California, where it all began.  On arrival in LA, his mother’s best friend (Geraldine Chaplin) gets short shift at the airport and for a while Demy (as Martin) drifts around in a daze, mourning his mother and unable to move on with his current girlfriend (Chiara Mastroianni) back home in Paris.  The bereavement seems to be the catalyst for a slow-mo emotional unravelling that takes place in Martin’s subconscious.  Varda’s own cine footage is cleverly interwoven with the action to create a realistic edge to this bleak and somewhat aimless tale.  A chance meeting with sultry Mexican nightclub hostess Lola (Selma Hayak) brings focus to his existence.  In a mesmerising vignette, Lola dances to the music of Rufus Wainwright’s “I’m So Tired of America” and Martin is smitten.

He gradually becomes entranced with the charismatic Lola and her small son (Carlos Bardem) who turns tricks for pocket money.  Their fight for survival in a seedy backwater seems to galvanise Martin into action, unleashing painful memories but bringing a decisive clarity to his life as he starts to understand himself, his past and his future.