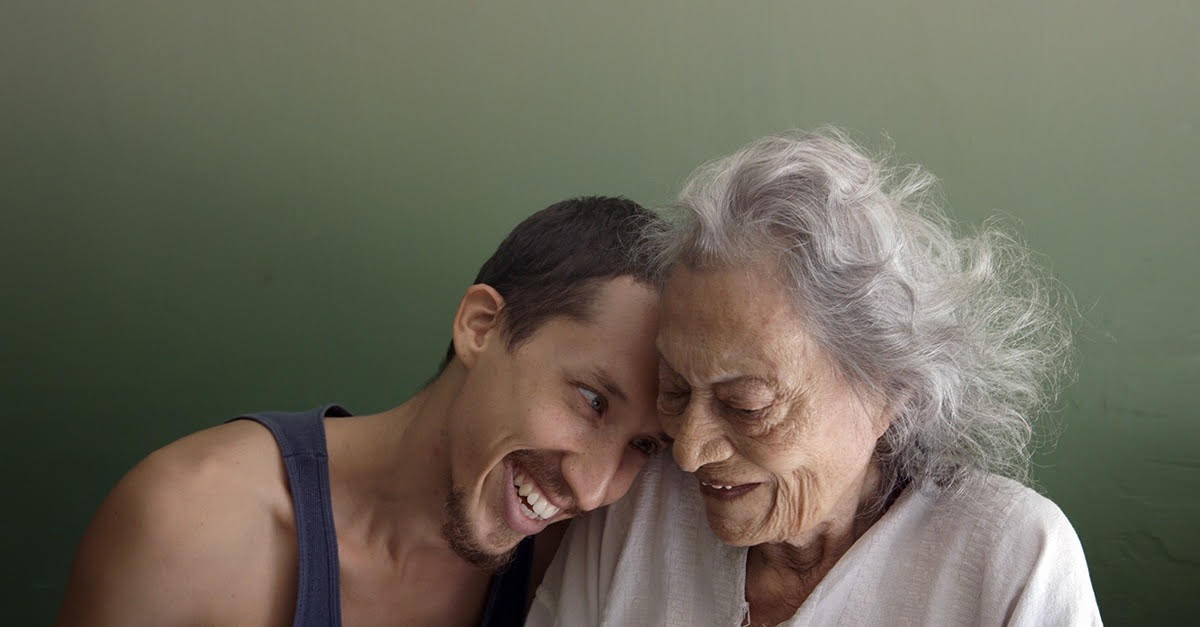 A parent in their final years requires patience and understanding – especially if they are controlling and curmudgeonly. Looking after elderly relatives is often a thankless and gruelling task with their challenging character traits all the more concentrated and their physical state diminished. Phrases such as “the squeezed middle” spring to mind and refer to those who are still sharing their homes with their adult kids while trying to care for their ageing parents. Filmmakers are exploring their experiences timely, all over the world – in a darkly comic way by Tom Browne’s (Radiator (2014) a quintessential English portrait of ageing, and tenderly in Chinese documentary Mrs Fang that won the Golden Leopard at Locarno 2017.

Fortunately Eric Stoll and Chase Whiteside have a comparatively easy time with their angelic grandmother América and this makes their debut as directors of this indie doc of her twilight days an enjoyable experience. There is only one tantrum, and that’s between the brothers themselves. Their mother is easy-going, equable and physically undemanding – they can even lift her fragile body from her bed each morning making ablutions a piece of cake – well maybe not such a choice metaphor!. The only setback is that her own son Luis has been put in prison for perceived neglect of his mother. Earning a living and looking after her on his won proved an impossible task for this rather independent man, and América fell out of bed and was injured.

In many European countries too, there are strict rules around the care of elderly people. And it’s very easy to find that your relative is suddenly taken under the wing of the authorities – and that includes their property and personal affects. But the directors deal with this unpleasant bureaucratic bungle in a very calm scene where they are witnessed coming to a mutual understanding with the authorities by crossing their palms with silver – in a very Mexican way. And Luis gets his freedom. But it always comes down to money – even in the closest of families, money is thicker even than blood, and can causes ructions and major fallouts. Stoll and Whiteside manage to heal their differences as seen in the touching finale.

The two directors are dancers and entertainers and they have brought a gentle rhythm and lightness of touch to their big screen debut – filmed over three years – along with the magical light and luminance of their native Mexico, where this film is shot in the tropical high-spot of Puerto Vallarta, home once to Richard Burton and Elizabeth Taylor – but that’s another story. An affecting and deeply personal film – you almost envy their task, thanks to América. MT

ON GENERAL RELEASE FROM 8 FEBRUARY 2019