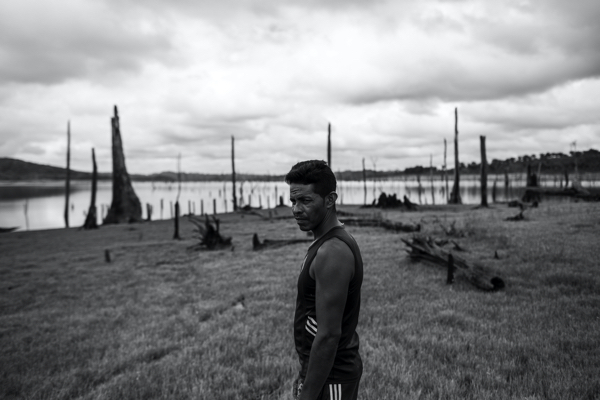 As nations expand and populations grow governments have to make provision: England’s HS2 railway is a case in point. This serenely contemplative arthouse film explores the human side of expansion: a necessary fact of life in paving the way for change. But the ongoing destructive exploitation of Amazonia, caused by the construction of the Tucuruí reservoir, leads Brazilian filmmaker Fernando Segtowick to go back into the past and examination his homeland’s history of environmental devastation.

In this hypnotic feature debut Segtowick relies on a rich ambient soundscape, illuminating archive footage and the informative input of those affected by the project to provide calm, non-judgemental insight in the aftermath to the installation of his country’s mammoth hydroelectric power plant that was built in the vast exotic landscapes of Amazonia by the 1980s military government  to create the new reservoir in Tucuruí. The electricity generated by the behemoth supplies the energy-hungry aluminium industry, but nearby inhabitants are still waiting for their needs to be met by solar panels to provide them with electricity. This is parlous on a human level. Just like HS2, this large-scale project was beset by time pressure and excessive demands; the rainforest was not cleared before the flooding, and neither animals nor people were properly resettled. The dead trunks of gigantic primeval trees protrude from the water as a memorial. Inspired by Paula Sampaio’s book of photographs “O Lago do Esquecimento” (“The Lake of Oblivion”) and shot in high-contrast black and white, the film brings us closer to the ordinary modest lives of those who live here. Segtowick also uses this an opportunity to examine his own work as a documentary filmmaker and analyses moments of failure. MT