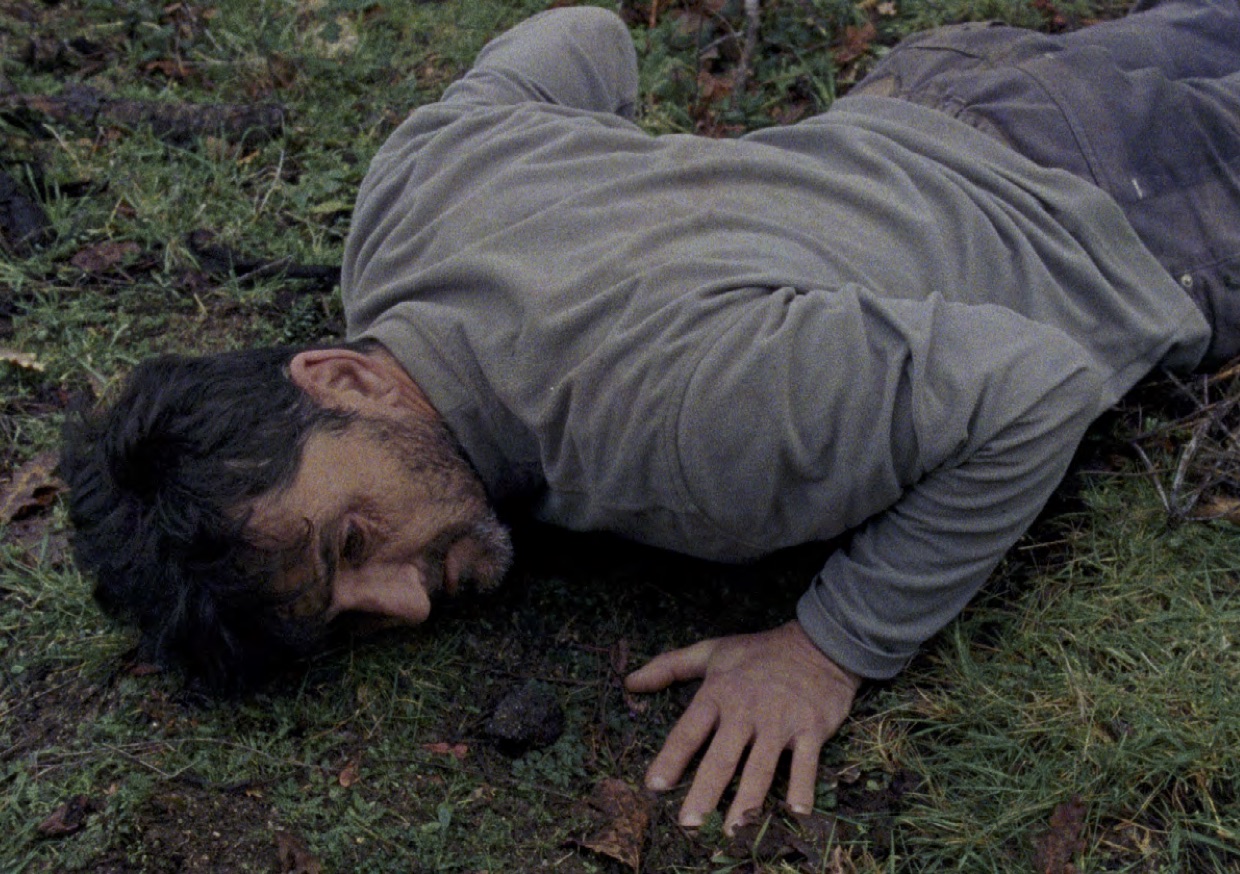 Renowned Portuguese short-film director Ico Costa creates an impressive first feature which he also wrote. It tells the story of Henrique Bonacho who has been abandoned by family and driven delirious, punishing the ones he held responsible.

We first meet Henrique (a very intense Henrique Bonacho) as a shepherd, living in a dilapidated  hovel in the mountains. Uncommunicative, he also looks unkempt and lost. We later learn that his wife Vitoria and his two daughters have left him. Driving into the local village he kills a woman psychologist and puts her male college into a coma, punishing the people he holds responsible for the break-up of his family. He then threatens Vitoria’s mother, demanding to see his daughters. When she calls the police, he flees into the mountains where he cannot live with with the unbearable isolation for long and, so he soon returns to his home. This time he decides to put on his best clothes: a beautiful white suit. But Henrique’s problems are not over.

Alva plays out in an elliptical way, the title stands for Henrique’s re-birth: the white suit representing the old, unspoiled self. In between he looks more like a hunted animal than a human. DoP Hugo Azevedo makes imaginative use of the wild woods and mountains crafting glorious images as a hideout for the fugitive. The colours in town are more subdued, the streets become a labyrinth for Henrique. Only at the end, when he has found his place again, do we get some sunlight. But there is a powerful impression that this happy-end will not last forever. Alva is a study in loss, and eventual redemption. A small gem told in a minimalist cinematic language, with a towering performance by Bonacho. AS

NOW AT AT THE ICA LONDON